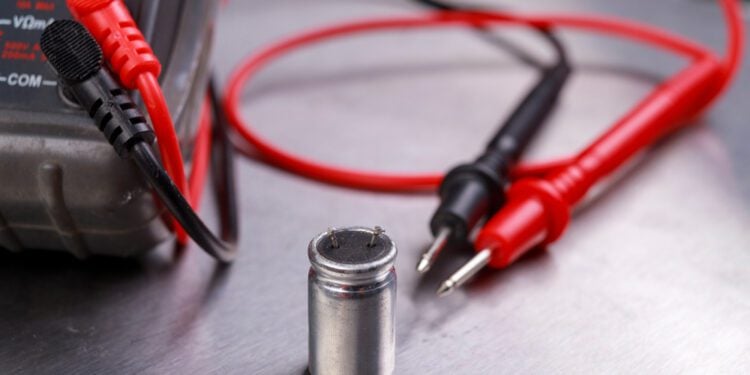 Your Complete Guide for Using a 3d Printer Thermistor

Know all about uses, advantages, and configurations of thermistor here!

Thermistors are cost-effective thermal resistors that are commonly used for commercial and industrial purposes. These semiconductors show exact changes in resistance values in object or body temperatures. They are passive devices that do not pass or carry electricity; instead, they detect temperature variations. However, they are more effective resistors than conducting products but lesser than other insulating things.

Thermistor material is a very important factor that determines its effectiveness and accuracy. For understanding 3d printer thermistors, you need first to understand the basic mechanism of their working, configuration, and properties. 3d printer thermistor comes in different shapes, sizes, and textures. This article covers all major segments that will help you find a perfect thermistor that will suit your 3d printer.

Michael Faraday had studied silver sulfide properties and semiconductor nature and first proposed the concept of the thermistor in 1833. Silver sulfide’s resistance decreases when you will increase the temperature. It was Samuel Ruben who used this information and invented the modern thermistor.

Since the 1930s, thermistor technology has been evolving with upgrading features that are helping for better production. The Steinhart-Hart equation is used for converting thermistor resistance into temperatures accurately. It was developed by John S. Steinhart and Stanley R. Hart and published in “Calibration curves for thermistors” in 1968.

Otherwise, the materials or filaments might succumb to excess heat and deform it. By using 3d printer thermistors, you can adjust heating and know the exact heating levels. Apart from thermistors, there are other such devices like RTDs and thermocouples that you can use for the same purpose.

Negative temperature coefficient (NTC) machines’ resistance decreases when you will increase the temperature. The 100k NTC thermistor has a resistance of 100kΩ at room temperature and drops as low as 100Ω at 300°C. They come in various shapes like a bead, rod, disc, or chip made from sintered metal oxides. They are non-linear and might get affected by the self-heating phenomenon.

It offers less operating cost, is reliable and protective. However, the resistance value might get affected due to the self-heat of the device. Ceramic switching PTC thermistors produce a highly non-linear resistance curve on the screen.

Silicon PTC thermistors also have positive temperature coefficient resistance and are linear devices. It works well under 150 °C temperature. If it exceeds, you need to switch to NTC devices. They are stable, durable, and come in multiple configurations.

The Polymeric thermistor is also called a resettable fuse. It is a PTC thermistor and has a non-linear PTC effect. Its temperature reading is directly affected by changes in room temperature. Under normal circumstances, it will show a lesser resistance value and no impact on the circuit performance.

A faulty circuit system will deliver a higher resistance value. They are a good option to overcome overcurrent issues. Moreover, they are resettable, compact-sized, low-resistant, and come in multiple configurations.

A 3d printer has more than one thermistor because of several factors. Some important parts like the printer’s nozzle and print-bed consist of thermistors to show their heating amount. You can find them inside the machine console wrapped in silicone filament.

Sometimes thermistors also interpret wrong calculations and give false data because of their malfunctioning issues caused by various factors. You need to keep an eye and look for these issues to avoid inaccurate information. The reasons can vary from printer to printer, but here are some frequently occurring causes-

One of the major reasons for thermistor miscalculation is faulty wires and sensors that fetch the wrong temperature to the printer. It results in a constant heat supply and melting filaments. The machine and work area can also catch fire if you miss this error. Nowadays, it comes with firmware to avoid such mishaps.

Different materials have variations in extrusion temperatures and require heat accordingly. But thermistors fetch thermal data to a certain temperature degree. If the printer or the material needs more than the recommended print temperatures, the thermistor will not bring it and produce the wrong information.

If the thermistor is exposed to higher temperatures for longer durations and used over the years, it might get wary and give incorrect resistance data. You might get an increased resistance value even at a lower temperature.

If the 3d printer has different or wrong calibration data, thermistors will not fetch the right resistance information. Similarly, if the circuits of the print bed or the hot-end of the 3d printer have faulty wire connections with sensors, it will also affect the reading.

The term ‘calibration’ means comparison between a known measurement and the measurement using your instrument. Usually, different thermistors have varied resistance temperatures and have different calibrations.

For example, thermistor data information is more accurate at lower temperatures than high temperatures. But nowadays, these calibration data are already given by manufacturers for better performance.

However, you can also change the calibration of your 3d printer thermistor according to your preferences if you know the basic configuration. Most 3D printer thermistors have a resistance equal to 100 kΩ at room temperature and have a calibration data list under varied temperatures. You have to feed this data to the printer’s firmware and connect it to the main circuit board.

How To Replace Thermistor To 3d Printer

Thermistors are found in very deep parts of the printers, so removing or changing the defective wires is tough. Moreover, they tend to break or are prone to malfunctions.

Thermistors are important in calculating heat and act as resistors; you need to keep them updated and replace defective ones continuously. Two major sections where you will find a thermistor in a 3d printer are Hot End and Printing Bed. You need to follow some basic precautionary measures to remove and replace them as your own.

There are some variations in the procedure in different 3d printers but mostly follow the same pattern. For replacing a new thermistor, you need to follow the below instructions.

Like a hot end, the print bed also has some variations in the procedure in different 3d printers but mostly follows the same pattern. For replacing a new thermistor in a print bed, you need to follow the below instructions.

Though several kinds of configuration for thermistors are available, I will talk about the most frequently used configurations.

Hermetically sealed flexible thermistors (HSTH series) have packaging of plastic polymer to protect from corrosion or moisture. You can use such thermistors to measure liquid temperatures. It is used for oil and chemical industries.

Such thermistors come in standard sizes and can fit well into applications with holes. They quickly respond to temperature variations and give accurate data. You will find these thermistors in household applications, pipes, and water tanks.

Surface-mount style thermistors are easy to attach to flat as well as curved surfaces. They have special coatings of adhesives as well. You can remove and use them again as per the need. They are popularly used for commercial and industrial applications.

Function Of Thermistor In Controlled System

You should place the thermistor near the device to check temperatures for reliable information. Thermistors are non-linear, meaning the temperature to resistance values plot on a graph as a curve rather than a straight line.

Ideal Temperature-Ranges Of A Thermistor

Thermistors do not give accurate readings if the temperature is very high or low. So, we need to know the ideal temperatures for it. Usually, it works best for measuring a single temperature at room temperature. It works well between -55°C and +114°C as per the calibration data.

Thermistors also vary their resistance due to their configuration and material sensitivity. Voltage is a crucial detriment for the effectiveness of the thermistor. You can use the Steinhart-Hart equation to convert thermistor resistance to temperature.

Depending on the base resistance, it gives accuracy within a limited temperature range of about 50ºC around the given temperature. You will need lower resistance thermistors ranging from 2252 to 10,000Ω for low-temperature applications.

If you are thinking of switching to other sensors, you should know these thermistors’ advantages.

If you are planning to buy a new thermistor or planning to replace the defective one, there should be certain things that you need to consider. Here is your checklist-

RTD stands for Resistance Temperature Detectors and is used for resistance calculations, same as thermistors. These detectors are made from metals like copper, platinum, and nickel.

Some 3d printers do not have thermistors but RTD for the same purpose. RTD has a resistance of 100Ω at 0°C, and sensors show linear variation. For example, in RTD, the resistance curve will increase when you increase the temperature of 3d printer.

The thermocouple is an electrical device that forms an electrical junction due to two different metal conductors and produces voltages according to varying temperatures.

It works differently and is mostly found in 3d printers. It is made of chrome and alumni and can be fixed in different positions. It is placed inside the insulating tube to avoid jumbling with other wires or noise.

Apart from 3d printers, thermistors are also used for thermal resistance data to measure the temperature of surfaces, liquids, and gasses as well in other applications like circuit components, optical blocks for measuring oil and coolant temperatures in vehicles, ovens, refrigerators, laser stabilization detectors, and digital thermometers.

They are also used in food and beverage industries, laboratories, instrumentation, fire alarms, aerospace, and outdoor biological applications. Thermistors are important for the safety of electrical circuits that might get affected due to high temperatures.

Here is a listicle of 3d printer thermistors available online where you can find one of the best thermistors for your machine in budget.

This small 3d printer thermistor is available on Amazon. It comes in glass-sealed packaging with a firm structure. It is compatible with various applications, is light-weighted, and ensures precision in resistance calculations.

ToToToT MF52-103-3435B Thermistors Negative Temperature Coefficient Black Head has an epoxy coating on coaxial lead. They have wide as well as high resistance and accurate B value. Their reflection speed is fast and precise while testing. You can go for them for longer and consistent operations.

Genuine E3D Hotend Thermistor is a custom-made thermistor that can be directly replaced in E3D hot end. It comes with a wire extension. Click here for more details.

Comgrow 3D Printer NTC Thermistor is compatible with print-bed for extrusion in Reprap Prusa I3 3D Printers. It has a wire length of approx 1m and two female pin connectors. It has high insulating sensors of 100KΩ that give accuracy of ± 1%. Usually, these thermistors are in small-sized glass beads. You can find it here.

Gikfun NTC MF58 3950 B 10K ohm 5% Thermistor Temperature Sensor for Arduino EK2157 comes in glass sealed packaging with a firm structure. It is compatible with various applications, is light-weighted, and ensures precision in resistance calculations. Click here for more details.

Thermistors are passive devices that do not pass or carry electricity; instead, they detect temperature variations. However, they are more effective resistors than conducting products but lesser than other insulating things. The Steinhart-Hart equation is used for converting thermistor resistance into temperatures accurately.

Thermistors are available in different shapes and sizes, depending upon their application. They play a very important role in 3d printer machines as they show exact heating temperatures for extruders, nozzles, and printing beds.

The controller board generates calibration data to calculate electrical resistance and heating temperatures. We hope that you find this article helpful and it adds value to your prior knowledge.

The Amazing Guide on How Does a Resin 3D Printer Work

How To Cancel Apple Music Subscription In 5 Different Ways