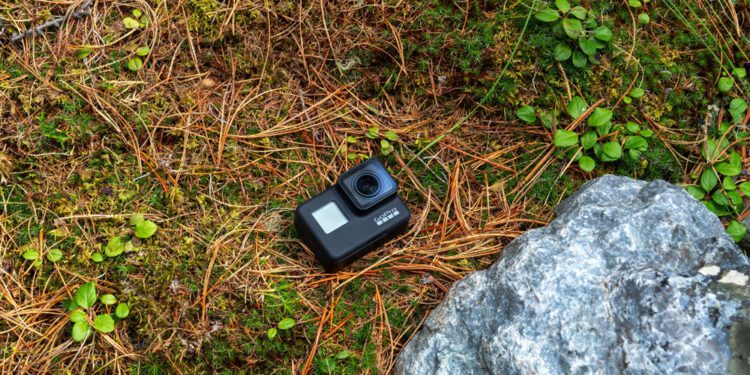 GoPro cameras are amazing, but they can be a little difficult to use.

The voice control feature is a new way for you to interact with your camera. It’s simple, easy, and convenient. You can use it in any situation, whether you’re surfing or skiing down the mountain.

They make it easier than ever to control your camera remotely, take hands-free photos and capture more of your unique angles. You can now start and stop recording with just your voice!

With this new update, you’ll be able to give commands like “GoPro start recording” or “GoPro take a photo.” Your camera will respond instantly so that you don’t miss out on capturing those once-in-a-lifetime moments!

But do you know how to use them and what voice commands work? Let’s go through them in this guide very briefly.

GoPro’s voice control can be used in a variety of ways. Here are some examples:

You can shout out commands while you’re riding a wave, so you don’t have to worry about reaching for the GoPro remote to capture your ride – say “GoPro, Start recording” is all you have to do. It will automatically begin filming when this is activated and pressed.

You can easily talk on your phone or play music while cycling by saying “GoPro take a photo” to capture the moment without having to stop and switch modes on your camera.

With GoPro’s readily available mounts, you can use voice commands to easily change between video modes for different shots or toggle settings like Protune without needing to change settings on your camera.

Say “GoPro start recording” to capture the perfect wave when surfing or stand up paddleboarding with voice commands without having to stop and choose modes on your camera.

Whether you want to record all of your tricks or take selfies, GoPro’s voice control can help make it much easier when you’re ready to capture the action.

With a quick shout saying, “GoPro start recording,” your GoPro will automatically begin recording a POV video without you having to worry about pushing any buttons or flipping any switches – position the camera and go!

Which GoPro Cameras have Voice Control?

If you have a GoPro Hero 7 Black, you can use all the features we have talked about below.

The other current models in the GoPro range all feature voice control to some extent, so if you own one of them, you can still enjoy hands-free operation with your camera!

How to Disable or Enable or Voice Control on a GoPro

From there, click on “Voice Control,” and you’ll be able to adjust your commands. Check out the list above for a preview of what each command does!

If you choose to disable voice control, you can always turn it back on later by returning to the preferences page.

How to Turn Off your GoPro Using Voice Command?

If you want to temporarily stop recording with voice commands without having to manually power off your camera, say “GoPro Stop Recording.”

You can also manually turn off your camera at any time by holding down the Power/Mode button for a few seconds.

There are 12 different commands available for your GoPro camera:

The obvious one, Start Recording, will start filming on whatever mode you have it set to. If you’re in video mode, that’s all the voice control you’ll need to capture some epic footage!

This command takes a photo while in both video and photo mode.

This is used in combination with “Start Time Lapse Video” to terminate the filming.

You can also select which specific mode or resolution you want, and it’ll automatically take a photo when you’re ready! Just say:

This starts the count-up timer in your camera’s settings.

This is used in conjunction with “Start Timer.”

It’s useful if you want to set specific intervals for your shots without changing them on your camera.

The self-timer can be used to set a 10-second countdown before taking a photo or starting/stopping video.

If you want to change the self-timer settings, you can say:

If you want to change the video quality of your footage while recording, say “GoPro Set Video Quality Mode.”

This command can be used to change the resolution and frame rate of your photos while in photo mode, just like “GoPro Video Quality.”

If you’re recording video, the commands will choose photo modes with lower resolutions and remove frames for faster capture – this is why it’s great to use voice control rather than setting it manually!

These commands are available for HERO3 and HERO3+ cameras; you can find a full list of compatible models below.

This command will open the preferences on your camera, where you can change everything from how long your GoPro stays on before automatically shutting down to whether or not it saves photos every 5 or 10 seconds while recording video.

This command will bring up a list of all the different commands available to you; make sure to look at it if you need some help figuring out how to use GoPro Voice Control!

Other ways to remotely control your GoPro

If you can’t use voice commands, don’t worry – there are other ways to take photos and start/stop video on your camera without touching it!

Smart Remote: This app for Android and iOS lets you adjust settings, shoot pictures and videos, and view your photos and videos on your phone’s screen.

GoPano Micro: Capture super-wide-angle shots, which can be triggered remotely via Bluetooth.

Self-Timer: If you don’t mind setting up your GoPro before shooting, try using the self-timer function to get a 10-second countdown.

Remo: The Remo is another great GoPro remote that doesn’t require you to touch your camera – this time, by using sound.

WiFi Remote: This option lets you control your camera via WiFi with an iOS or Android device, but the connection range isn’t very long, so it’s best for short shoots.

In the end, it doesn’t matter if you’re a professional or amateur photographer. GoPro gives everyone the ability to be creative and capture memories that will last, thanks to its voice control capabilities forever.

What are your favorite ways of using this technology? We hope we’ve given you some good food for thought, and now you can go out and enjoy capturing all those awesome moments in life!