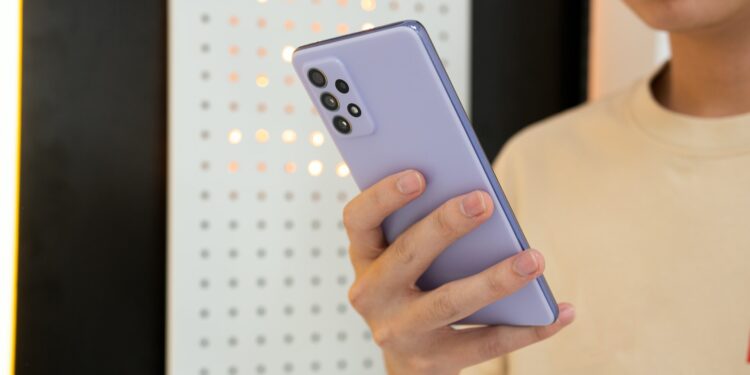 Photo by Đức Trịnh on Unsplash

How To Tell If Someone Blocked Your Number On Android: 3 Easy Alternatives

In this article, we are going to tell you “How To Tell If Someone Blocked Your Number On Android.”

Android’s call-blocking feature works well for avoiding obtrusive spam or false offer calls. But few individuals use this feature to unfriend buddies and other connections for various reasons.

Is It Really a Problem If Someone Blocks Your Number?

Phone calls are a great way to communicate with our buddies, relatives, and coworkers. We become accustomed to calling each other a lot, and then one day, everything changes. We don’t immediately recognize it. Instead, we only get one ringtone, a few different voicemails, and missed calls. All of this points to the fact that another person has banned our phone number.

However, our carrier never notifies us that someone has blocked our phone number. This makes the whole thing quite challenging to understand.

Thankfully, you can determine if anyone has blocked your phone number. Several mixed-and-clear indicators might be used to identify whether you have been blocked. You can employ these techniques to find exactly whether they’ve been ignoring you for quite a while now.

How Can You Tell If Someone Has Blacklisted Your Android Number?

It’s unpleasant to be blocked by someone. Sadly, there is no surefire method for determining if your phone number has been blacklisted. But, there are a few trial-and-error techniques you might employ to determine if anyone has blocked you or not.

Remember that all these techniques are not 100% accurate in determining whether or not someone has blocked your phone number, but they provide a good indication.

Calling someone is the first practical advice you can use on your Android phone to determine if they have blacklisted your number.

A blocked number cannot make phone calls to another number for the call-blocking feature to function. As a result, if you attempt to contact this individual and are paying attention, you might notice a slightly different response.

Have a go at it. Call the number by opening your Phone application.

Next, keep an eye out for a strange ring pattern. Do you observe that the phone is still ringing a few times, as usual? If the response is affirmative, it is doubtful that this person has banned your phone number.

Do you observe that the caller’s voicemail automatically plays a preset message if the phone rings merely once or never at all? If you phone them at any time and this is what occurs, your number is probably on the ignore list.

Of course, bear in mind that the fact that a person’s phone call ends up in voice mail may not mean that you have been added to their contact list of banned numbers. It could just be that their phone is off or that they have temporarily gotten all calls routed to voice mail.

Along with blocking your mobile number and messages, someone who doesn’t want to communicate with you may also do it on social media. You can check through their profiles on social media platforms like Facebook and Instagram to determine whether you can visit that person’s page to confirm this.

If someone has blocked you on WhatsApp, that is additional evidence that they have restricted your mobile number. If you can reach the individual on one of these sites, it could be preferable to do it there rather than calling them on the phone.

With over one billion active monthly users combined, WhatsApp and iMessage are highly likely to be used by your contact.

On Android, Whatsapp can be a very useful tool for determining whether someone has blocked your number.

You may observe what happens to your text message by sending it to a contact who uses WhatsApp.

This suggests that the contacts list on your Android smartphone may also have a banned entry for your phone number. If your text receives two checkmarks, watch to see whether the checkmarks appear blue.

4. Place a Call After Turning Off the Caller ID

You might also want to take this step to confirm that this Contact has really blacklisted your phone number. In other words, this is one of the ways to find out if your Android phone has been restricted.

Using these steps, you can disable caller ID on your Android mobile and then attempt to reach the person.

But, keep in mind your Android phone won’t work if your provider has removed the Caller ID blocking feature.

5. Remove their Phone Number from the Contacts Section of the App

You may check if anyone has put your phone number on their ignore list using this additional way on your Android phone.

This technique isn’t as effective when used alone, but it is an excellent way to double-check when used with the phone call method.

By removing their number, you can check to determine if they show up as a suggested contact to see if you have been banned.

And that’s how you can tell if someone is no longer interested in being your friend. Furthermore, if an individual has already made that choice, you should accept that choice and refrain from attempting to annoy the individual.

Although I agree that it is awful to be blocked without even understanding why attempting to figure out the cause would only make you more anxious.

Just leave them alone if they don’t want to keep in touch with you. There will be numerous additional individuals for you to call, text, and spend out with. Attempting to water a dead flower is pointless.

1. How Can you Check Whether you are Blocked on your iPhone Without Making a Call?

Users of iMessage are familiar with the fact that the green bubble denotes sending a conventional message compared to one that adheres to Apple’s exclusive messaging protocol.

What’s potentially novel is that the green drop can also indicate that you’ve been blocked on iMessage.

2. How Often Does your Phone Ring If you’re Blocked?

The phone will frequently ring for only one to two rings after the first. Sometimes there won’t even be a ring. Be careful that what happens when you’re banned will vary depending on the carrier and where you are, but generally speaking, there won’t be several buzzing sounds, and this will be a repeating pattern each time you try to call.

How to Use Edu Email Generator

How to Clear Cache on PS4: 7 Easy Steps

How to Clear Cache on PS4: 7 Easy Steps

How To Reset A Samsung Tablet in 5 Easy Steps