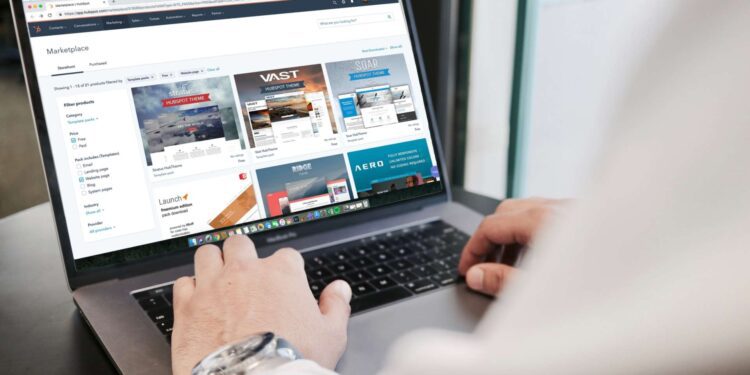 Photo by Campaign Creators on Unsplash

What is Android System Webview: A Detailed Guide

The advent of smartphones transformed everything from the beginning when mobile phones were just wireless communication tools. With the aid of apps, you can use your smartphone as a portable game console, a social streaming box, and a small-screen entertainment system.

You can do more than simply what has anticipated of a mobile phone thanks to the Google Play Store, which was created specifically to provide you with that ability.

Unarguably, the “Android System WebView” program has shown in your list of updated apps, but you may not know what it is or if you need to uninstall it.

The Android operating system comes pre-installed with a number of apps and games in addition to those that you may download from the Play Store. While the Android OEMs typically manage the majority of pre-installed apps, Google occasionally decides to include particular apps with each new Android version. Android System WebView is one of those applications.

Although it might not seem important, you should retain the Android System WebView on your smartphone. The app may not be listed individually in some Android versions, particularly those released after Nougat. Even on these versions, it is still included.

What does the Google Android System WebView perform and why is it so important? So let’s get going straight away.

What is Android System WebView?

Given that WebView isn’t available as a standalone program, you might not have used it (or at least you might think you haven’t). In fact, the service that enables the rendering of web pages in the majority of the Android apps you use is called Android System WebView, which is integrated into the Android OS.

The Android System WebView service is responsible for displaying online information inside of apps, whether they are system apps or third-party apps you have downloaded from the Google Play Store.

WebView enables you to access any webpage through an app, with the exception of the Google Chrome app, which has its rendering engine for doing so (as well as other third-party browser apps like Opera). Since Android 4.3, Google has implemented the open-source Chromium technology, replacing the Apple Webkit-based code that was utilized to generate the service previously.

Google chose to make Android System WebView available as a stand-alone app once Android 5.0 was released, making it simpler to modify the service without having to wait for a firmware update and allowing users to continue using it.

Why Use the Android System WebView?

Instead of directing users to some other web servers, Android System WebView enables applications to show browser windows inside of the app. When they wish to showcase websites in a Google app or another application, Software engineers use WebView.

Cases of webpages that have been embedded using WebView include:

How to Resolve the Android System WebView has Stopped Error?

The fact that you’re even seeking information on the Android System WebView app suggests that you’ve probably run into a problem with it. If an app failed and flashed an error message or if you encountered a pop-up window informing you of an error, it may be time to investigate what the Android System WebView app is, what it performs, and how you may permanently address the issues it causes.

Because it can be updated often, Google decided to offer Android System WebView as a separate app rather than include it in the system update module. You could be forced to use an earlier version of the app if you have Google Play Store automatic updates off.

The only surefire way to fix it is to ensure the app is maintained because doing so may disrupt third-party apps that rely on the System WebView functionality.

You can start using the service efficiently and restore the default settings by clearing the WebView app’s data files.

Is it Possible to Uninstall Android System WebView?

The true function of Android System WebView is to enable you to visit a webpage from within a third-party application. Imagine being unable to view a webpage when using an app like Instagram.

You can decide to delete the program if you are having trouble fixing the “Unfortunately, Android System WebView has stopped” error or if you don’t think it is useful enough.

On smartphones running Android 7.0 Nougat or older, the app can only be deleted; on devices carrying a subsequent android version, you have the option to disable the app. To get the best experience possible when using your Android phone or tablet, we advise leaving the default settings alone and always keeping Android System WebView active and updated.

However, if you decide to remove it from the system (which is only possible on Android 7.0 Nougat and lower), here’s the procedure for doing so:

It’s convenient to disable it on devices running Android Nougat (7), Oreo (8), or Pie (9), but it’s preferable to leave it enabled if you’re using an older version of the operating system because doing so could prevent apps that depend on it from working properly.

You should keep it enabled on newer versions of Android (versions 10 and up) because an increasing number of apps use it to access links, allow you to log in, and do other things. Even the option to turn it off might not be present on Android 10 and later.

Keeping the Android System WebView app is advantageous if Chrome is removed and you use a different browser because Chrome’s WebView capability won’t be available to you.

Nevertheless, turn off Android System WebView if you don’t want it running on your smartphone. You could use apps without encountering any problems. In exceptional cases, system updates for Android may restart and update default apps like WebView. You can immediately turn it off once more if this happens.

Generally speaking, leaving it enabled won’t harm you in any way. A bug that affected users of Android 12 in 2021 has since been fixed by Google. Android System WebView-dependent apps crashed erratically as a result of the problem. Users were instructed to defer or remove WebView upgrades until a formal patch was released while Google worked on a fix.

Is it Possible to Remove Chrome’s Android System WebView?

Google integrated WebView inside Chrome to conserve battery life and space, thus later versions of Android may not even have the app listed in your app list. For all intents and purposes, the Android System WebView is a little Chrome browser. Because of this, consumers were less likely to disable the app because it was simpler to build updates for Chrome alone rather than for WebView plus Chrome.

You cannot uninstall merely the WebView component if WebView is a part of Chrome. Chrome must be turned off as your only choice. Naturally, you also cannot delete Chrome; the only way to stop it is to root your device. The majority of your apps will probably stop functioning properly if you disable Chrome.

For good reason, Google decided to preserve Android System WebView as a component of the core system up till Android 4.3 Jellybean.

A feature that practically all Android apps rely on is the capacity to open websites from within the app. You can choose whether to keep System WebView enabled or not, however, Google decided to release it as a distinct app to ensure that problems are less likely to arise.

We’ve found that the solutions mentioned above make it simple to fix the “Unfortunately, Android System WebView has stopped” error, so you shouldn’t try to remove the crucial service.

1. Is It Possible that WebView is Causing Other Apps to Crash?

It has occurred numerous times in the past, so it is conceivable.

2. If Android System WebView isn’t on My List of Installed Apps, How will I know If It’s Functioning?

Consider using an app with in-app links, including Merriam-Webster Dictionary, Amazon, Facebook, or Hotmail. If links open without a hitch on Chrome, WebView is functioning there.

Disabling the Chrome browser application in your phone’s settings will make it easy to test this further. Chrome acts as both the Android System WebView and browser if apps no longer allow you to open links.

3. If I Deactivate Chrome, Can I Still Get Android System WebView?

Yes. If it doesn’t download immediately and appears in your list of installed apps, you can download it from the Play Store directly. This is an excellent choice if you’ve rooted your phone and deleted the app but later realize that other apps depend on it to function properly.

What are the easiest sports to place bets on?

Know How to Install Zoom in 3 Wonderful Ways

Best 4 ways How to Transfer Files Android to PC