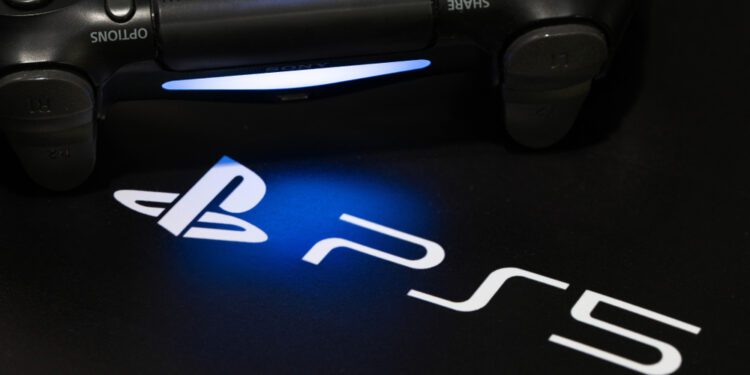 Can You Use PS5 Controller On PS4: Best Guide on PS5

Sony’s DualSense PS5 controller has revolutionized gaming. Thanks to physically responsive feedback and configurable triggers, this controller immerses players in games in new and surprising ways. Here’s everything you need to know about the fantastic PS5 controller.

DualSense wireless controller for the PlayStation 5

The new DualShock 4 controller for the PlayStation 4 was recognized as a game-changer. Even better are the enhancements Sony has made to the PS5’s next-generation controller. PlayStation went to tremendous pains to make intuitive motion control available and make even the most epic gaming moments as immersive as possible.

It brought enhanced features like intuitive layouts and a reimagined light bar.

The new PS5 controller and the PS4 controller have significant visual differences.

Below is a picture of a PS4 controller. It has a PlayStation-style design to it. In terms of controller design, PlayStation hasn’t changed much over the last two console generations.

The picture below shows how stylish and unique the new DualSense controller for the PS5 is. The move to a white controller is the most visible modification. For the most part, all of the buttons are in the same area, but the overall controller is smoother. In terms of feel and handling, the new two-tone design is very similar to, if not slightly better than, a Nintendo Switch Pro Controller.

The PlayStation 5 controller features haptic feedback. This means you’ll be able to tell the difference between driving in mud and driving on a smooth road. Haptic feedback gives gamers a far more immersive experience because they can feel the differences between different terrains.

You’ll be able to sense physically sensitive feedback from more than just terrains. Even movements will be able to simulate real-world interaction to some extent. You’ll feel dynamic vibrations on the right side of the controller if you grab a doorknob with your right hand in a burning building in a game.

Although it may not appear to be much, haptic feedback in the PS5 controller improves gamers’ gaming experiences and allows them to create more gaming content.

If you have a Nintendo Switch, you’ve undoubtedly already experienced haptic feedback, which is a rumble in your game that changes depending on how stressful the situation is. Haptic feedback will also be included in the Xbox Series X controller, which will replace traditional rumble motors that used to come in PS4 controllers.

The L2 and R2 buttons on the new DualSense controller for the PS5 have customizable triggers. PlayStation demonstrated the utility of flexible triggers by drawing an arrow.

There isn’t much of a difference between shooting an arrow and using the L2/R2 buttons for something else in most games that require the use of arrows. Using the adjustable triggers on the PS5 controller, you can experience the different tension of drawing an arrow, making you feel more immersed in the game.

PlayStation took great care when it came to implementing adaptable triggers into the controller’s two-tone design. They wanted to preserve the new elegant design while adding heavier trigger hardware. The angle of the hand triggers has been changed to make the controller seem more compact in hand.

PlayStation is improving on what users liked about the Share button with the Create button. “We’re pioneering new ways for players to create extraordinary in-game activities to share with the world, or simply to enjoy for themselves,” PlayStation continued.

During the PS5 live event, motion sensors were discussed, and footage of the new DualSense wireless controller being jostled was shown. It’ll be interesting to see if PlayStation can match Nintendo’s motion controls on the Switch, which are near-perfect.

So yet, we haven’t seen any revolutionary intuitive motion control activities with the DualSense. PlayStation hasn’t stated much more about the motion sensors or what they want to do with them in the future.

The PlayStation DualSense wireless controller features a rechargeable battery. While it’s great to know we won’t have to change batteries all the time, forgetting to charge your wireless controller regularly can be annoying. The battery life of the DualSense ranges from three to eight hours, depending on how demanding the game is.

Even though the controller’s additional built-in battery makes it heavier, Sony has taken every effort to keep it as light as possible. The DualSense controller is about nine ounces in weight, equivalent to the current Xbox Series X controller.

A microphone with easily switched voice capture and speaker are included in the PS5 controller. When compared to the PS4 controller’s speaker, the speaker makes a variety of noises. The haptic feedback capabilities can also be coupled to the sounds.

Weight and other characteristics

Astro’s Playroom is a PS5 game that comes pre-installed. The game is an excellent way to become acquainted with DualSense and its potential. We recommend playing this game first on your new PS5 if you have the chance. You can feel the strain in the haptic and hear the crispness of the sand through the integrated speaker when your robot hits a sandstorm on the beach.

What will the PS5 controller cost?

One DualSense controller will be included with the console, and a second can be purchased for $69.99.

It’s a slight bump above the PS4’s price. Given the added technological capabilities, particularly haptic feedback and customizable triggers, the price increase is acceptable.

Is it possible to play PS5 games using a DualShock 4 controller?

Yes, but DualShock 4 controllers can only be used when playing PS4 games on the PS5. If you want to play a PS5 game on the PS5, you’ll need to use the new DualSense controllers.

When merging PS4 and PS5 parts, don’t anticipate full functionality. Even though they’re both Sony systems, they’re still separate entities with components that are essentially unrelated.

Is it Possible to Use a PS5 Controller on a PS4?

Furthermore, even when connecting the controller through Bluetooth, it does not work by default. If you push the PS button, nothing will happen. The only way to get a Dual Sense controller to function on PS4 is to use the “Remote Play” application.

Despite the procedure’s complexity, experts have proven that it works, however, with certain caveats. Features like haptic feedback, a built-in microphone, and adaptive triggers will not work with PlayStation 4 consoles, regardless of whether you use the “Remote Play” app.

This is because PS4 games aren’t designed to work with the Dual Sense controller. You won’t have any trouble controlling the character, but you won’t have access to the PS5 controller’s unique capabilities, which are essentially equivalent to those of the DualShock 4 controller.

How To Connect PS5 Controller to PS4

By using your computer as a mediator between the Dual Sense controller and your PlayStation 4 console, you can get it working straight away. The stages that must be performed for the process to work are as follows:

The next question is whether it’s worth your time and effort once you’ve worked out how to link a PS5 controller to a PS4. After all, as previously said, it comes with several caveats.

Is Connecting a PS5 Controller to a PS4 Worthwhile?

If you try to use a PS5 controller with a PS4 system, you won’t enjoy the next-gen experience with adaptive triggers and haptic feedback because they’re not designed to work that way in general.

If your PS4 controllers are broken, and you only have a Dual Sense controller, you can use the approach as mentioned earlier to get things done for now. Aside from that, the DualShock 4 is a better choice.

When the PlayStation 5’s Dual Sense controller was originally unveiled, gamers were ecstatic to get their hands on this next-generation gaming controller. Without owning a PlayStation 5, you may now use these controllers to play your favorite PS4 and supported games. As a result, you should consider implementing this technique.

So, what are you waiting for? Get your gaming mode on, and get started!!

When Will 3D Printed Houses Be Available?

When Will 3D Printed Houses Be Available?

The Amazing Guide on How Does a Resin 3D Printer Work

Your Complete Guide for Using a 3d Printer Thermistor