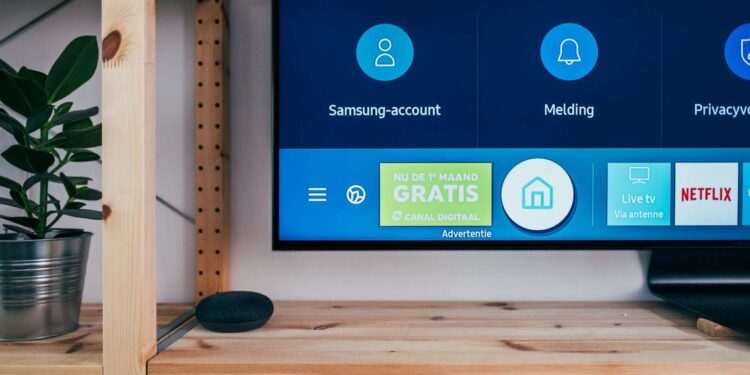 How to Cast to a Samsung TV – A Complete Guide

The simplest way to watch videos on your mobile screen on TV is by Casting. If you wish to share something with lots of people see on your phone but the mobile screen size seems small, casting from the smartphone to the TV is advantageous.

Furthermore, it’s perfect for mobile-only videos which you wish to view on a huge screen. We’ve gotten your side if you’ve been having trouble figuring out how to cast to a Samsung TV.

You can cast anything you like on your smart TV using this simple, step-by-step tutorial.

Due to the reason that the phrase “casting” could be used in a variety of settings, it is not immediately clear what it refers to. Casting describes the real-time broadcast of music and pictures through the web via smartphones and TVs. You may cast films from your smartphone to a big screen monitor using several apps, such as Netflix or YouTube.

Without a smart TV, you may stream content via third-party casting gadgets like the Amazon Firestick, and Google Chromecast, among others.

Whenever you cast a movie or a film, just the television will see it. Your smartphone controls the video, but then as long as it is still linked to a computer or any other device, you can close the app and carry on with your activities without the video ceasing. The ability to use your smartphone plus watch a film at the same time is quite useful.

How to Cast to a Samsung TV

Apple Airplay is used to cast an iPhone screen to a Samsung TV.

Make sure that the WiFi networks of your Samsung TV, as well as iPhone, should be the same! If they’re shown on different networks, you won’t be capable of casting.

Points to remember while casting your iPhone to Samsung TV:

Related – How to Connect Amazon Fire Stick to TV

This is the simplest method for using Wi-Fi and mirrors your smartphone to your Television.

Adhere to the instructions for mirror Smart View: Step 1: To access the Quick panel from the top screen, swipe downward. Next, tap the Smart View icon to turn on the function.

Step 2: Choose your tv from the accessible devices list (Users might have to enter a security code based on the television.).

You can change the aspect ratio if the mirroring image appears too smaller on display.

Step 2: By the Settings menu, choose the Phone aspect ratio.

Step 3: To display in full-screen mode, choose Fullscreen on the connected device.

After Smart View begins mirroring the screen of your smartphone, you have the option of switching to full-screen mode on such a connected device by selecting “Remember settings.” Please remember that this could require restarting certain applications.

Casting on the Samsung TV

Casting enables you to send media to your Samsung TV.

The Google Home application and a Chromecast device can be used to screencast video from your Smartphone so that it can be viewed on the Samsung TV.

Take the following actions to achieve this:

Well before the launching of Smart Applications, using this technique was usual for connecting to screens. In just this scenario, HDMI adaptors were mainly used by individuals who are having trouble connecting wirelessly.

It must be remembered that Samsung HDMI adaptors were sold separately and support devices with USB-C ports.

This Smartthings application allows you to screen mirror:

Check to see if both mobile and tv are connected to the exact same Wifi connection, and afterward, continue by turning on the tv and connecting it to the SmartThings account.

You still can mirror all contents of the smartphone to the Samsung Television even if you have an outdated Smartphone that’s not compatible with either SmartThings or Smart View.

The display of your Windows 10 and Windows 11 PC can be projected onto a tv.

Requirements: Before anyone can see the program, make sure their tv and computer are compatible.

A Computer that is WiDi capable: With Windows 8, the majority of current PCs will be WiDi completely compatible.

Your pc screen can be made into a mirror: Adding Bluetooth to a Windows 11 computer

Remove the devices’ connections to the PC.

You may cast in a variety of ways to the Samsung TV:

The simplest method to cast from such an Ios gadget (iPhone, iPad, or Mac) is via Apple Airplay if the Samsung TV is dated 2018 or after. Alternatively, make use of the screen mirroring function in your casting gadget (which is known by a number of different names based just on the manufacturer of the smartphone or tablet).

Purchase a Roku or Google Chromecast streaming gadget. Purchase an adaptor with your casting gadget, then use an HDMI cord that connects it straight to the Samsung TV.

To cast through Samsung devices, install the Samsung SmartThings and Smart View applications. Keep in mind that you may only cast media that has previously been saved to your smartphones, such as images, videos, music, and other files.

Related – How Much is Samsung Worth 2021

Ques 1. How can I cast the most effective to Samsung TV?

Ans. A list of all the gadgets to that you can cast your media is displayed whenever you launch your Samsung Smart View application.

Ques 2. What stops my smartphone from mirroring to TV?

Ans. Verify that each of the AirPlay-capable devices is switched on and situated close to each other. Verify that every device is using the newest software and therefore is linked to the exact same Wi-Fi network.

In order for using AirPlay or screen mirroring, make absolutely sure that each of your gadgets is switched on.

Ques 3. Why can’t I cast the screen from my Smartphone to the Samsung TV?

Ans. Before continuing, make sure that your Samsung TV & your smartphone are connected to the exact same WiFi network.

You can cast media via your smartphone to your Samsung Television by choosing Smart View.