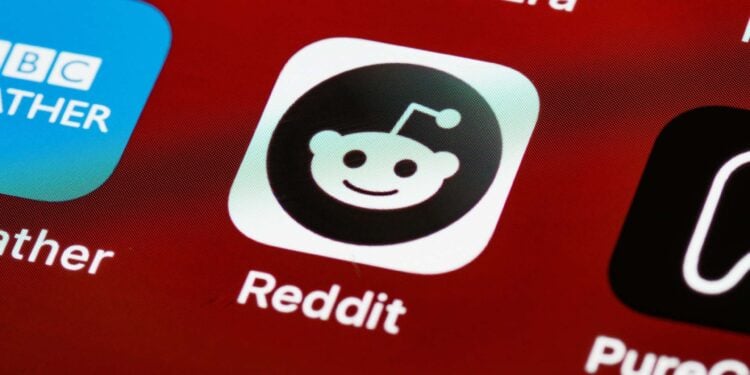 Photo by Brett Jordan from pexels.

Reddit is the center of anonymous online talking on various subjects and interests. Users can say anything they wish on Reddit because of its anonymity, which isn’t necessarily good.

Reddit is listed as the 9th social media platform in the US with the highest popularity. It has 52 million active users every day.

Even though it is highly popular, it is not without faults. The dreaded [removed or deleted] notice that comes after a Redditor or a moderator wipes a particular post is one factor that Reddit app consumers consider annoying. It is unfortunate since the deleted comment or post you saw would have brought some amusement.

Wouldn’t it be interesting to view erased Reddit posts and comments? It exemplifies the forbidden fruit effect. You naturally want to see the item more since the moderator or Redditor who deleted it is essentially stating, “I don’t intend for you to see this.”

Machines or human moderators are used to remove posts and comments that violate a subreddit’s rules. Also, Reddit users can delete their respective reviews and threads. But do those erased objects really vanish forever?

What happens if you want to view a Reddit post or comment that has already been deleted? You can, and we’ll talk about certain internet sites and web browsers that make this possible.

Let me give you some advice for the future if you’ve found yourself in this situation. In this article, we are giving some ideas and helpful sites to help you see deleted Reddit posts, content, and reviews.

It may also be referred to as one of the largest informational resources that permit users to critique information that other users have submitted.

You can browse through and locate the material on every subject, covering philosophy, gastronomy, tech, different languages, and many other topics.

What are the various ways to look at a removed remark or thread on Reddit?

When you take a quick glance at the deleted topic’s title, your curiosity kicks in. it makes you ponder how wonderful it would be if you could travel back in time to the past and figure out what the erased post was about.

Well, only that time travel component is not conceivable. You can quench your curiosity by viewing the various methods we’ll provide for viewing old, removed Reddit posts and comments.

Let’s talk about how to see removed remarks and posts on Reddit.

The tool that makes it the easiest to see archived Reddit threads is Unddit. Viewing removed comments and posts is possible; they are color-coded to distinguish deleted content according to who deleted it.

The login ID of the person who initially gave the reviews will be shown on Unddit.

It’s simple to use Unddit.

Data is pulled from the Pushshift archive by Unddit, which displays it in a Reddit-style interface from the past. Since 2015, Reddit data has been archived by Pushshift, a social networking site data collection, and monitoring company.

The distinction between user-removed and moderator-deleted comments on Unddit is made using the red-blue color scheme, as was already mentioned. While a subreddit moderator deletes remarks with a red background, it shows the comments that users have deleted in blue.

You will need to patiently wait as Unddit retrieves the data if you want to see every deleted comment from a post. There is a method if you wish to view a specific comment within a thread quickly.

Reddit postings and comments that have been deleted can be tracked and viewed using Reveddit. It cannot display user-deleted content, only content that moderators and bots have removed.

Users can also download the “Reveddit real-time” browser extension from Reveddit to receive alerts when their content is deleted. This is one of the main reasons that people frequently use Reveddit.

There are 2 ways you can use this recovery service.

The weakest program on this list is Resavr. Its weakness is that it only lets users examine purged Reddit comments, not posts, making it weaker than Unddit or the others.

Only after trying the options mentioned above and failing to locate what you’re looking for is this website advised.

Resavr’s “Recent Comments” feature, which lists the most recent Reddit comments that have been deleted, is its lone advantage. If you’re casually searching for similar comments, it can be helpful.

A Wayback Machine non-profit website seeks to save old versions of sites as archival records. Cache-stored web pages from earlier time periods can therefore be accessed.

Like the Wayback Machine, Google likewise indexes websites and stores a cached copy of those pages for visitors to view. Google’s cache also allows you to see deleted Reddit remarks and posts.

If you’re fortunate, the removed thread or remark you want to read will still be there, and you will be capable of reading it before Google crawls again and stores the latest edition of the page.

Given that Google searches websites at an astronomical rate and constantly refreshes its cached copies, it should be evident that this only functions with recently erased comments.

You can store any comment using this plugin, even if it gets deleted later.

The recovery of deleted comments is not possible using this method. If you actively cache every significant topic, it’s a pretty powerful tool, though.

Is it okay to look at Deleted Reddit Comments?

This is a well-known impact of coming across internet trolls or extremely contentious material.

However, if you’re a courageous and daring person, the entertainment value of recovering lost content can make the risk worthwhile.

It may initially appear inappropriate to view removed comments and posts, given that they were likely removed for a cause. There are many websites that would let you explore the information and revive deleted Reddit posts.

It’s extremely useful if you wish to retrieve an unintentionally deleted Reddit remark.

It’s very probable that you’ve spent countless hours looking for a post you read earlier on Reddit to never locate it again, given how basic the search tool is there. Another user might have removed the message, or you might not be using the website correctly.

So it’s important to learn how to navigate the internet, especially on sites like Reddit, where hundreds of new topics are posted every hour.

1. How can we Safely Delete our Personal Reddit Information so that Archiving Tools will not Access it?

Ans: The makers of Unddit as well as Reveddit advise users to be in touch with Pushshift.io, an outside service they utilize to get archived Reddit content and ask them to remove any archived information that they have contributed.

Sadly, there isn’t any mechanism to block the archiving of particularly Reddit posts and remarks. Every subreddit’s moderators choose what threads need to be archived. They can preserve or unarchive every post in the subreddit, but not specific posts.

2. Is it Legal to Archive Stuff from Reddit in this Way?

Ans: Regardless of whether they were removed, the authors made all preserved posts and remarks available to the public. This implies that the databases these programs use to retrieve content were made available for general consumption, which the user was aware of.

To put it simply, it is permissible to archive Reddit content in this manner. There shouldn’t be any legal repercussions for seeing removed Reddit posts and replies as long as it was obtained legally using these technologies.

However, using removed content to libel or extort another person may have legal repercussions.

3. Can you “Undelete” or Recover Posts or Comments on Reddit?

Using the programs above is the sole way to see their archived versions.

4. When Data is Deleted, How Long is it Kept on Reddit?

Ans: Your IP address, operating system, and browser are just a few of the user details that Reddit keeps track of. All this information, except the IP address you used to register for an account, is removed from Reddit’s servers after 100 days, per its privacy policy.

Ans: The deleted post and deletion messaging will still be accessible to the original poster (OP), the moderators of the subreddit in which it was posted, and the Reddit administration.

Any other person attempting to view the information will be routed to the forum or account page where the deleted content was first published.

You may find this article helpful: How To Cancel Apple Music Subscription In 5 Different Ways

How Often Does Google Maps Update: A Detailed Guide