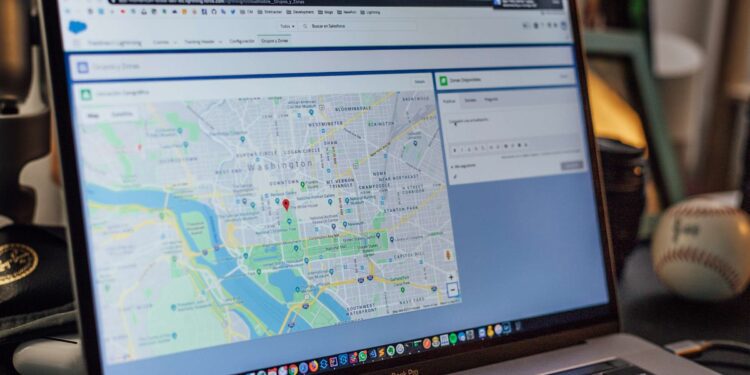 Photo by Edgar on Unsplash

How Often Does Google Maps Update: A Detailed Guide

Ever wondered how often does google maps update? Read on to get the answer.

Google started a massive global mapping initiative in 2005. Google Maps is now used monthly by more than a billion people. Additionally, the Google Maps Platform’s core products are used by more than 5 million live apps and websites every week.

In addition to using Google Maps and the Google Maps Platform to navigate from A to B, people also rely on them to manage their businesses, place food orders, call cabs, and even send out SOS messages in times of need.

Have you ever zoomed in on Google Maps after looking up your house, place of study, or any interesting location and said, “Hey! That’s not how it seems now, though!” There’s still the old perspective of the property, even though you might have added or removed a parking lot.

Why is it the case? Google Maps doesn’t update very frequently or even in real-time. The maps may even be several years old for some locations! Many people have pondered the frequency of Google Maps updates and how to determine when a specific location will receive the next update.

The frequency of Google map updates, as well as what it can indicate if you aren’t receiving changes close to you, are all explained here.

Before learning how frequently Google Maps updates, you should at least have a basic understanding of how it operates. The most utilized component of Google Earth is Google Maps, which is a part of the larger “Google Earth” software.

Maps are added to websites by businesses, travel agencies, and other entities to display their location and directions. You can get tailored directions from Google Maps to assist you to get where you’re going.

Since this is the main function of Google Maps, it also adds streets and roads along with Google Earth data. In addition, Google Maps zooms in more than Earth does, even down to individual city blocks. You can see additional streets as you zoom in.

When focusing on certain roads, Google Earth’s sophisticated imagery—which is covered in more detail below—provides clear results. Maps accomplish their job well even if it only offers line imagery for highways rather than actual photographs.

2. How Frequently Are Google Maps Updated?

Whether it’s from satellite images, Street View vehicles, Google Maps users, or small business owners in the area, Google is continually gathering fresh information about the world and utilizing it to update the map.

Over 20 million pieces of data are added daily by Google Maps users, or more than 200 pieces every second. In addition to the improvements Google makes based on user feedback, it also constantly makes new updates found through other methods like machine learning and imaging work.

Let us discuss the updates in detail.

Perhaps Google Maps’ most well-known feature is Street View, which provides real images taken on the ground in almost any area. It’s one of the hardest aspects to keep up to date, according to Google.

Typically, Google makes an effort to capture fresh Street View images in significant cities once every year. For less populated locations, new images should be expected every three years or so, but don’t be surprised if it takes even longer.

Google may decide not to utilize new images of your area even if the previous ones are still valid.

Although it is disabled by default, you may configure Google Maps to display accurate overhead imagery of any point on Earth. Maps are created by “stitching together” images that were captured by satellites and airplanes flying overhead. Both humans and machines must work extremely hard to complete this operation.

Similar to Street View, Google gives the places that are changing the highest priority when it comes to updating. This means that updates to major cities should occur annually, to medium-sized cities every two years, and it could take up to three years for upgrades to reach more remote locations.

Naturally, Google does not update every single location at once. Every month, they typically update whatever photographs they have available to them to new satellite data.

On rare occasions, Google releases fresh satellite images ahead of time to commemorate important events. For instance, they published brand-new images of London at the beginning of the London 2012 Summer Olympics that showcased the new arenas.

There is no set time for when the upgrades will go live because a large percentage of Google’s aerial images come from outside sources, including “state agencies, geological survey organizations, and commercial imagery providers,” according to Google director of communications Peter Schottenfels in a recent blog post.

Google Maps is designed to display all neighboring streets and provide precise routes between locations. As there are thousands of cities and many more highways in the world, it is a significant responsibility to keep everything up to date.

Many different sources provide Google with information on streets and roads. Most of them are governmental organizations, such as the United States Geological Survey. But they also accept information from regional authorities, builders, and other sources. The Street View team keeps track of instances that they have on the map and actual life doesn’t match when they visit cities to capture images.

As a result, it is challenging to predict when roads and streets may change. If these third-party organizations are on top of things, new streets and road names ought to appear right away. However, it is mostly up to them to inform Google of the changes.

You can report a street to Google yourself if you discover that it differs from what Google Maps is depicting, perhaps because it has the incorrect name or shape. On the website, you can report incorrectly drawn, incorrectly titled, or even missing roads using the Edit the map tool. Additionally, if you right-click the problematic road, you can choose to report a data issue.

You’ll likely notice the names of dozens of neighboring companies as soon as Google Maps is opened. If you choose one of them, you will presumably see what it sells, its operating hours, and reviews.

Google rarely updates this data by itself, in contrast to other data sources. Instead, they depend on companies to upload their data.

Create a Google Business account if you’re the proprietor of a brand-new establishment, and provide them with your details so they may list you on the map.

But anyone can report a mistake, just like with addresses and routes. Tap the Suggest an edit button next to any businesses that have incorrect information to provide the updated information. After the assessment, Google will update the map.

You should be able to find out exactly how much traffic to anticipate, how crowded the destination is, and whether any routes are currently closed when you ask Google Maps for directions. Faster than any other feature, everything here refreshes instantly. Google gathers information for this purpose from a wide range of sources.

You send anonymously location information to Google whenever you use Google Maps (or Waze, another Google navigation tool) unless you actively disable the feature. Google Maps knows it is busy when more people have it open at one location.

This is also how they figure out how much traffic there is: if 100 phones with Google Maps open are moving at 60 mph and all of a sudden stop, Google knows there is congestion.

And after gathering sufficient data, Google can utilize machine learning to identify patterns. For instance, Google doesn’t require fresh information to inform you that rush-hour traffic on the Brooklyn Bridge is congested because it has happened countless times, and can foresee it happening again.

Long-term road closures are typically reported by local governments to Google directly. However, Google also picks up information from user reviews on Waze or Google Maps.

NASA and the USGS’s Landsat 8 satellites are used by Google Earth for their satellite-based imagery. These instruments provide incredibly thorough images that almost completely cover the planet’s surface.

To obtain a continuous view of the entire world, Google accesses these photographs and applies a sophisticated algorithm to identify cloud cover and replace cloudy parts with earlier video. The Google Earth Engine is used to process all of this data and produce the map after it is loaded with all of the necessary information.

The data collected by the government-funded Landsat program is accessible to everyone in the world. To learn more about the globe and how it evolves through time, scientists, researchers, environmental organizations, and Google employees are just a few of the people that access the information.

Google estimates that the information they gather from the Landsat program is close to a petabyte, or 700 trillion pixels. To view the full map simultaneously, approximately a billion 1280 x 960 monitors would be required!

Throughout the past, Google introduced a tool called “Location Sharing” that lets you share your location with others and follow those friends’ locations in real-time whenever they reveal their spot to you.

Finding parking in your city is a more practical addition. On the map as you go, you should occasionally notice a rounded “P.” By performing this action, you can find nearby parking by seeing where it is available.

Additionally, additional indicators, such as detour signs, speed cameras, accident reports, and construction zones, show up on your journeys. Due to the frequent use of Maps, these features are also updated. They are updated virtually every day.

Finally, the delivery of visible locations is a collaborative effort by Google Earth, Maps, and Street View. For more seamless navigation to your location, Maps and Street View offer integrated road mapping and current conditions.

While it is impossible to obtain a precise timeline for when a location or property will be photographed in Street View, you can at least know what regions are scheduled based on a monthly range.

Street View breaks down Maps into greater depth to show views as if you were strolling down the street. There is no way to view a timeline for getting updated views in Google Earth or Maps.

Related – How to Add a Signature in Google Docs: Here are 3 Easy Ways

6.1. How Frequently does Google Earth Photograph my Home?

The Google Earth blog claims that updates to Google Earth typically happen once each month. This does not imply that each image is refreshed every month, though.

In actuality, the typical map’s data is one to three years old. Given how many photographs are needed to make Google Earth, this time frame seems reasonable.

6.2. Is Google Maps a Reliable Resource?

Maps can pinpoint your location to within about 20 meters using satellite technology. The GPS occasionally isn’t accurate while you’re underground or within buildings.

Maps can pinpoint your location by looking at the Wi-Fi networks in your area. Your mobile data connection might be precise to a few thousand meters thanks to cellular towers.

6.3. Which Map is More Reliable? Google or Apple?

Google Maps provides precise information. In terms of the amount of information accessible, Google Maps comes out on top. It draws on a vast database of data compiled from users, websites, and several other sources.

Why are you Not Able to Communicate with your Google Home

Why are you Not Able to Communicate with your Google Home

How To Block Unknown Calls On iPhone

How To Connect To Wi-fi Without Password: 4 Easy Ways