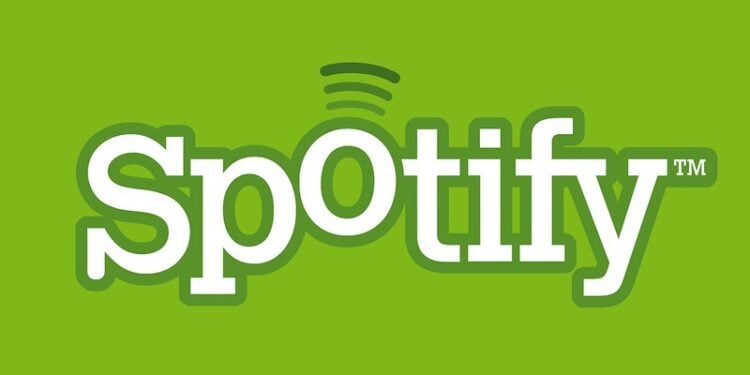 By: Spotify on Tour/Flickr @Copyright 2012

Who owns spotify: A short guide on spotify’s history

Spotify has played a huge role in delivering various music to the music-lovers across the globe on their computers or modern hand-held devices. They have faced their highs and lows during their decade-long journey, which continues to go on even today.

Over these years, they have tried several business models to bring in more listeners to join their platform and to use it as music-streaming software. They’ve had many challenges, competitors, and troubles that they had to overcome to become what they are today.

Spotify is the best music platform or music streaming service available in most international countries where it provides its service. It holds a good rank despite having extremely tough competition internationally. After getting to know so much about Spotify or after using its free services for so long, one question that might come to anyone’s mind is who owns Spotify and what all was done to establish it the way it is today?

So to know the answer to this question, keep reading till the end as we have performed and analyzed all the information available to give you the best answer to your question through this article.

There have been various people who have played a key role in the development of Spotify since its foundation. Still, Daniel Ek is the most important personality who has played the most significant role in Spotify’s development compared to any other contributor.

It all started back in 2006 when Daniel Ek and his partner Martin Lorentzon had noticed a huge surge in demand for online audio/music and the immense amount of potential in the music industry. This had motivated them to develop a small platform as a small start-up in Stockholm, Sweden.

This platform offered many features and other attractive deals for music listeners. Apart from the previously mentioned information, Daniel Ek also mentioned that he was into building websites for other people and himself in an interview. Later on, he applied for a job at Google and faced rejection.

Before Spotify came into existence, there was hardly any good music streaming services on the internet; hence there were a huge number of people that chose to download pirated audio files from third parties that illegally shared music files that have been copyrighted by the respective owner/artist of that particular file.

Such acts of piracy had been causing a huge amount of losses to the music, podcast, or any other industry that provided services through the means of pre-recorded or live audio.

Later on, Spotify came into existence, or rather Spotify free came into existence. It offered users many features such as free-of-cost music (Free service under its Freemium business model), suggested playlists, and other options where the user could save their favorite music by pressing a heart button to save it online, a separate file as a bookmark.

Spotify provided such features hoping that their users would switch to the premium mode to become premium subscribers that would cost them a few bucks and get rid of advertisements that played after a few songs ended.

Spotify used to generate revenue through such advertisements. When their user chose to subscribe to their premium plan, they would have unlocked not only an ad-free experience but also a few other features where the user could save as many playlists as they want, hear music in the best possible quality and download the music for offline listening within their software/application.

As we mentioned earlier, Spotify faced dozens of challenges that tried to cause some obstructions in the functioning of their organization. The challenges faced by them are mentioned below-

New companies were being launched to compete with Spotify

There were many other music streaming services that had been created and launched after looking at Spotify’s success in the online music industry. However, its main rivals were Apple Music and Soundcloud; despite Spotify getting a seven-year early head-start, it faced difficulties as Apple Music belonged to the tech giant company – Apple inc.

Apple had all the valid resources to promote its services way better than any other company on a massive level; hence it was not easy for Spotify to retain its customers during the beginning of this competition. Spotify provided new features to beat its competition where the users received machine-generated playlists like “Discover Weekly,” a personalized playlist with weekly updates. Now this made Spotify stand out in the crowd. People picked Spotify over Apple Music, Google Play Music, and Amazon Music.

Machine-generated playlists have increased from 20% to 31% within 2 years, representing all audio listening activities on Spotify. This hike in percentage happened due to the increasing popularity of suggested playlists feature amongst users.

This feature allowed new artists to be discovered by the people and increased their reach/visibility to music lovers. Soundcloud too challenged Spotify’s business as it introduced a new business model where anyone could upload an audio file, but Soundcloud could not manage to reach Spotify’s level.

Resignation and strike of employees

It was rumored that some of the employees that worked at Spotify chose to quit due to creative differences. In September 2020, some of the Spotify Employees had threatened to strike if the controversial Joe Rogan‘s Podcasts weren’t edited or removed.

Rogan later issued a rare public apology and correction over his claim about left-wing anarchists that had set fires in Oregon, which was also discussed in a recent interview with Douglas Murray. The apology was made because of the Spotify employees.

Although Spotify can be the best place for any artists to showcase their talent/work, there have been instances where Spotify had disappointed some artists too, which led to some unwanted backlash between those artists and Spotify. Having more artists allows many users/listeners to find new artists through the suggested playlists but did you know that Spotify fell into a controversy with a very famous artist?

Taylor Swift is the elite or the very famous artist who had taken down all her songs from Spotify. She felt that Spotify didn’t pay enough money to the producers, artists, writers, or the other creative people involved in her music’s production. During an interview, she said that Spotify is an experimental thing, and she didn’t want to contribute her life’s work in such a place that was created during an experiment.

However, after 3 years she resolved her dispute with Spotify and made her music available on the app again. Spotify purchases audio content from major companies, artists, and record labels.

Later on, it pays the independent artists, musicians, songwriters, and the music labels (Sony music entertainment and the universal music group) through the royalties that are generated when their music is streamed on their platform.

Another Mainstream Celebrity that fell into a controversy with Spotify was Jay Z. He supported Taylor Swift and agreed on what she claims that she made during her dispute with Spotify. Later on, Jay Z went on to open his own music streaming platform in 2016 called Tidal and became a rival to Spotify. Many of Jay-Z’s work and his wife, Beyonce’s work, is exclusively available on Tidal.

Apart from such artists, Spotify faced challenges because of artists like Thom Yorke, David Byrne, and Johnny Marr, who had spoken against Spotify. Spotify came up with “Spotify for Artists” to allow the new and budding artists to increase their reach.

Most artists felt that Spotify didn’t provide any good payouts or didn’t support the upcoming artists as much as it only promoted the well-established artists.

Spotify also has a “Fresh finds” feature to make new content available to all the users just by clicking on it. The Fresh finds feature has been allowing artists to be discovered through this feature by various types of audiences with different tastes in regards to music.

Now that you’ve got to know about the history of Spotify, here are some facts that you must know about Spotify-

1) Morgan Stanley, in January, said that Universal Music Group could be Spotify music’s biggest right holder. Therefore they are the biggest music suppliers for Spotify, and they have supplied music that could be worth as much as $42 billion.

2) Last year, Spotify’s public share value on the New York Stock Exchange had risen to $28.34 billion, which was said to be somewhere around $157.66 per share, but it witnessed an overall drop of about $19.65 billion. However, Spotify estimates to gain more money in the case of the figures mentioned above by the end of 2021.

3) Despite selling most of the company’s stakes, there are still some parts owned by the founder of Spotify, Daniel Ek, and the rest of the stakes remains majorly owned by Tencent holdings ltd.

4) It is said that there are between 165- 172 million paid subscribers that have access to the Spotify premium on Spotify out of 300-400 million subscribers in the world. The rest of the users still use Spotify for free. Spotify expects and assumes that its audio streaming service can have 177-181 million Premium subscribers by the end of 2021.

5) Spotify is currently focusing on increasing its revenues through live events like Spotify awards. They are also focusing on selling their official products with the Spotify logo on them, such as home assistants, smart tablets, and smart speakers that allow people to use their streaming apps directly with these products. As per recent reports, these products may offer a limited or lifetime free membership as the company won’t expect the buyers to become paying subscribers.

6) Spotify has over 70 million audio tracks available on Spotify as of late 2021, as per the data provided by Spotify itself. By the end of 2021, Spotify is expected to upload 22 million more tracks, and this means that they are going to upload an average of 60,000 tracks every day or almost one audio track every second. Apart from this, Spotify gained around 20 million tracks since 2020, as it had 50 million as compared to its current amount of tracks.

6) Spotify has more than 7,50,000 songs being streamed worldwide by their users through their platform every minute.
7) Spotify accepts payments through any of the following modes of payment systems-

8) Currently, Spotify has between 160-170 million paying subscribers, and it generally pays between $0.003 and $0.005 per stream to any creator or artist. Artists need about 326 streams to reach $1, and 1 billion streams give them around $3 million in royalties.

10) The recording industry is enjoying more opportunities because of Spotify as they have increased the number of job opportunities in it.

So, this is all on Spotify so far. I hope now you have the answer to your question “who owns Spotify”. If you would like to know anything else apart from what we have provided you, click here.

Read more with us.

Know All About The First Electric Car- 6 Credible Eras