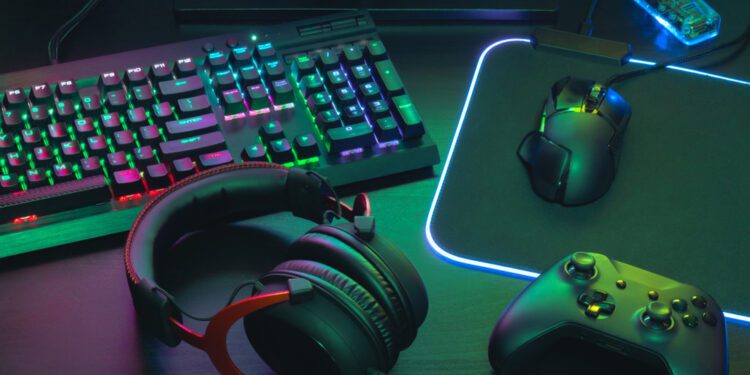 A guide to the best selling games of all time!!

This is a list of video games with the most software units sold globally in the initial release. With the creation of computers, the world of video-gaming cam into play too. The first ever game to be created was released in 1958. And ever since then, till today people all over the world are deeply connected to video games.

Today, all kinds of games are available, all genres, however you like it. Thousands of titles are out there in the gaming industry, but do you know which games have made it to the top?

Well, if you don’t, there’s nothing to worry because we are here to tell you that.

Minecraft, a sandbox game developed by Mojang in May 2009 for various PC, mobile, and console platforms, is the best-selling video game to date, selling more than 200 million copies across all platforms. The only other known video games to have sold over 100 million copies are Grand Theft Auto V and EA’s Tetris mobile app. Wii Sports is the best-selling game on a single platform, with approximately 83 million Wii system sales.

Nintendo produced or published half of the top 50 best-selling video games on this list, including six of the top 10; four Nintendo titles were published in collaboration with its affiliate, The Pokémon Company. Nintendo EAD has the most games in the top 50, with thirteen titles, followed by Game Freak, which has six Pokémon games.

Other companies with numerous entries in the top 50 include Activision and Rockstar Titles, each with five games, Electronic Arts, which has three, and Namco Bandai and Sony, which have two.

Pac-Man, which was published in May 1980, is the oldest game in the top 50.
This a list of highest-grossing arcade games and highest-grossing mobile games, feature games, ranked and popular games by gross income. Games that player count reports rather than official initial release sales numbers, such as registered accounts, subscriptions, or free-to-play ownership, are included in the list of bestselling games most-played video games by player count.

See this list for the best-selling video game series.

There is substantial controversy about whether the sales totals of Tetris’ many variants should be combined. We’ve chosen to do so for the sake of simplicity. Even if we separated its various iterations, sales of the mobile version alone would appear to rank it at the top of this list. Tetris, arguably the most ageless video game ever developed, is at the top of the all-time best-sellers list.

According to The Tetris Company, the classic puzzler was first produced for the Soviet Union-developed Elektronika 60 computer. Still, variants of the classic puzzler have subsequently been built for over 50 different platforms. Notably, it aided in the success of the Game Boy, which eventually sold 35 million copies with the bestselling game on Nintendo’s console.

While no particular sales figures are available, Henk Rogers, managing director of the Tetris Company, told VentureBeat that Tetris had 425 million paid smartphone downloads in addition to “something like 70 million” physical game sales. Given that the statistic was released in 2014, it’s reasonable to infer that the 495 million total has subsequently risen much past 500 million.

Tetris Effect, a battle royale-inspired take on the puzzler, was launched last month for Nintendo Switch.

There is virtually no single youngster on the planet who does not like playing with one of these block-building toys, such as Lego. Since November 18, 2011, everyone has been able to play with virtual bricks in Minecraft. While it is still a tough survival game, Minecraft allows for limitless creation, with the only limitation being the bounds of your imagination. People have even created functional phones that can make phone calls to actual phones in the real world. It’s mind-blowing.

One of gaming’s all-time biggest success stories has been the genre-bending worldwide sensation. According to Microsoft, Minecraft has now sold over 200 million copies, making it the second-best-selling video game of all time. Minecraft has transcended the medium in ways that few other games have, with film, Netflix, books, education, toy, and other ventures either finished or in the works.

Minecraft was free when it was launched in May 2009, and players could download it for free. Minecraft, on the other hand, was monetized as a pre-ordered game in a couple of months. However, Xbox customers may still download Minecraft for free with a subscription. It’s worthwhile because Minecraft is one of the finest Xbox Game Pass games.

Grand Theft Auto V is the third video game in history to sell 100 million units with two games, including the grand theft auto series and 3 grand theft auto. Grand Theft Auto V sales topped 140 million in its initial release on February 2021, according to 2K. While 140 million is good for third place all-time, Grand Theft Auto V has an even more desirable record. It is the most lucrative entertainment release of all time. As of April 2018, it has earned over $6 billion in revenue, a figure that has undoubtedly increased greatly in almost three years afterward.

The game has a single-player, story-driven campaign, but its success stems from another source, GTA Online. GTA Online allows gamers to adopt their personalities, perform complicated objectives, and brag about their profits to friends and foes alike. It’s nonstop sandbox fun. GTA V is nothing short of a genre-defining experience.

This multiplayer game from the rockstar games, a component in the shared world, drives players across the world of Los Santos intending to live the most affluent life possible. GTA Online’s in-game purchases, on which you can spend real-world money, are a big part of the game. You may purchase money altogether, or — and here’s the kicker – you can frequently find brand new copies of GTA V packed with Shark cash for a lesser price than if you purchased the digital currency alone. As a result, gamers have been known to double or triple dip to obtain discounts on in-game currency.

According to Nintendo’s official sales data, Wii Sports is the best-selling game in the company’s history. While every title on this list was packaged with a console at some point, Wii Sports was packed positively in practically every territory right when the Nintendo Wii launched.

It is the best-selling single-platform exclusive of all time, with approximately 83 million copies sold.
Tennis, baseball, bowling, golf, and boxing are the five sports included in the package.

They are all controlled by swinging around the motion controllers, replicating your avatar’s on-screen movements. With Wii Grand Sports, just from your living room you can experience live gaming. Wii Sports provides a fun way to get your adrenaline pumping.

Playerunknown’s battlegrounds had sold over 70 million copies in its initial release as of July 2020, making it the fifth-best-selling game of all time on multiple platforms. While free mobile downloads do not count toward revenue, it’s worth mentioning that Playerunknown’s battlegrounds Mobile was downloaded on mobile devices with more than 700 million times, being the fastest-selling entertainment product in gaming history as of July 2020 because a million copies sold, according to Sensor Tower.

The total solely includes PC and Xbox One sales, with the latter including a console package. The game was published on PS4 after the announcement of the sales. Thus the figure is likely to be higher.

The battle royale genre existed before then, but Playerunknown’s battlegrounds were the catalyst for its rise to prominence. Everyone seems to have moved on from the oversaturated arena shooter genre to this slower-paced, more methodical shooter game where every battle feels different from the previous.

According to Guinness World Records, the game launched the career of possibly the medium’s most known character, Super Mario Bros., has sold over 40 million units in its lifespan, making it the best-selling NES game of all time and most played Super Mario bros of all time.

Because the preserved homepage is from March 2006, Virtual Console sales aren’t included in that count, leading to our wider 58 million-plus figure. Super Mario definitely belongs in top 10 games.

Aside from the platforms mentioned above, several versions of the legendary platformer were published for arcade, Game & Watch, PC-88, Sharp X1, Nintendo’s PlayChoice-10, SNES, and NES Classic.

The defining game was first available in two versions in Japan: Red, and Green, before being released in other areas as Pokemon Red and Blue. Yellow Version (also known as Special Pikachu Edition) was released between 1998 and 2000, depending on the region.

While Nintendo has not publicly disclosed a sales tally for the first generation of Pokemon games, estimates place the four versions’ combined sales at more than 47.52 million copies – a fact noted by Polygon in their Pokemon retrospective. According to Nintendo, 1.5 million of those copies were sold on Virtual Console as of 2016. As of late 2017, the game series had sold over 300 million copies. It could be played in Playboy and Virtual Console.

The eighth edition in the Mario Kart series takes our eighth spot on our list. This installment was published on May 29, 2014, and sold 45.53 million copies. The game’s unrivaled enjoyment gives it a stupidly wide appeal, and the simplicity of the controls helps it even more. Anyway, who doesn’t like strewing banana peels on the track?

The game was launched on both the Wii U and the Nintendo Switch, which helped it become successful since the Nintendo Switch quickly became one of the most sought systems as well. So, whether you have the older Wii U or, the newer Switch, you may have a great time playing Mario Kart with your friends.

Red Dead Redemption 2 is the most recent game to enter the top 10, having sold over 36 million copies since its October 2018 release, according to publisher Take-Two Interactive in February 2018.

“It’s 1899 in America. The Wild West is coming to an end, and Arthur Morgan and the Van der Linde gang are forced to leave after a heist goes tragically wrong in the western town of Blackwater. The gang must steal, survive and battle their way in America with top bounty hunters and federal officials. As the gang’s internal tensions intensify, Arthur must choose between his principles and allegiance to the group that reared him.

Mario Kart 8 did not fare well by the standards of the best-selling games of all time, selling slightly over 8 million sales. Unfortunately, the absence of Wii U sales is most likely to blame for the lower-than-average results. The Nintendo Switch port and enhanced version of Mario kart, Mario Kart 8 Deluxe, is the bestselling Switch game to date, selling 26.74 million units.

Apart from the 10 we have mentioned there are a few other games that made a great impact on the market and gaming industry with their release such as Game Boy Advance, Wii Virtual Console, and Call of Duty: Modern Warfare.

Do let us know, which of these 10 best selling games of all time have you played or are still playing.

101 Guide on How Does Wireless Charging Work?