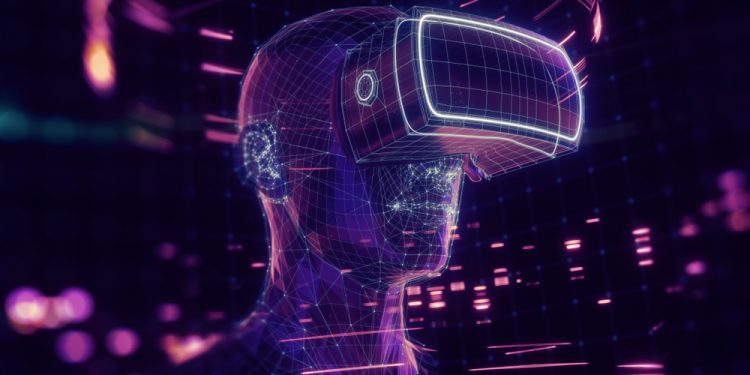 It has been two years since the release of Ready Player One. The VR technology portrayed in the movie is still hot in debates and discussions all over the internet.

Are we really closer to what is shown in the movie? Will VR really become all-encompassing and omnipresent in the future?

Many among us find refuge in virtual environments away from the real world. But whether that will become a reality for the masses remains to be seen. Ready Player One really took VR to a whole new level and made it appear a natural part of our lives.

If we look into current VR tech, we can see some hope of reaching the next level, as shown in the movie. Let’s measure the probabilities of that happening based on the current tech we have in the VR industry.

The headset Wade uses resembles a skiing goggle. A look at the headset tells you it’s lightweight, wireless, and really powerful. You can see Wade navigating the virtual world without any lags whatsoever.

The VR headsets also miss a dedicated display. Instead, they project safe laser rays into the eyes for a real-world effect.

VR headsets have come a long way since their inception. We now have immersive headsets like the HTC Vive, with seamless graphics and room-tracking features. However, some of them still need a PC or your smartphone for processing power.

In the field of display-less headsets, we have made some progress. Take the Magic Leap 1, for example. It seems to be the VR headset of the future with the processing power of a PC.

Instead of a display, the headset delivers information directly to the eyes. You can enjoy a 50-degree FOV and take advantage of depth analysis to render the right distance between objects.

We might be closer to Ready Player One headsets than you think!

(How VR headsets may look and work in the future)

The movie presents a mega VR universe called OASIS. People can hang out, join quests, and take part in quests in the virtual OASIS.

Even before VR, we did have similar concepts that transformed you into a virtual world. Think about the Sims game. Or, more recently, the online world of Second Life. Both put you in a virtual world where you can create a personality you want.

We also VR enthusiasts copying the OASIS world. Viveport Studios had released the OASIS Beta for HTC Vive platforms back in 2018. While it’s no match for the VR world shown in the movie, it does try to replicate some of the features.

You can enjoy three games on OASIS beta, but it lacks the touch-sensitivity of the movie. According to Joel Breton, GM, Vive Studios, the gap may be closing soon!

That brings us to the next section.

Haptic suits in Ready Player One are really a treat to the eyes. They look just like wetsuits with added gloves and boots. The book also describes how a network of sensors in the suit catches even the slightest movement of the user.

Additionally, the person in the suit also feels effects of VR on their body, like the weight of an object or sensation of getting shot.

Haptic suits, like VR headsets, has also gone through major transformations. We now have haptic suits that can create the actual sensation of touching and feeling things in a VR world. HaptX is a haptic glove that can make you feel things falling off from your hands.

Telasuit has made an AR/VR suit that engages muscle memory and creates 360-degree awareness for the user. It comes ready with 145 experiences spreading across different industries.

Telasuit can also read the user’s stress levels and emotional state and adjust the VR experience.

The characters in Ready Player One move in interesting ways! Well, in the virtual world, at least!

From simple omnidirectional treadmills to dedicated pods, the movie presented some innovative ways of ensuring smooth movements in a VR world.

Here, we would say tech has already caught up with the tech in the movie. OmniArena made by Virtuix has created a safe and effective pod that you can use for running. The pod looks like a treadmill and comes with a fastener to hold you in place.

After that, you are free to take advantage of full 360-degree movements.

For the lazy ones, Yaw has already created a VR motion simulator chair. You can use it to even drive vehicles with a dedicated steering and pedal set like the Gunters in the movie.

You can pick your preference and just start gaming!

In the movie, Wade uses an emotion-suppressor to mask his real emotions. Else, the headset scans and sends smiles and tears to the virtual world.

We did mention about Telasuit that reads user emotions. But you may still not be able to scan and send your emotions to your VR world!

The VR in Ready Player One is not very far in reality. We are almost there, and it may need a few more years. However, we need a significant improvement in our VR tech.

Thankfully, many are taking an active interest and advancing VR by leaps. Architectures like edge computing can contribute to the maturing of VR and provide lag-less performance.

Keep your eyes on our blogs to stay updated on the latest development in VR around the world.

How to Play Valorant: A Fluent Guide With 6 Major Details