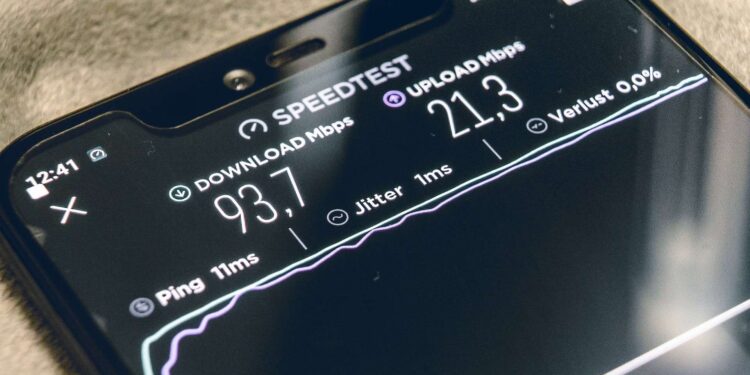 Photo by Mika Baumeister on Unsplash/Copyright 2019

You just brought Samsung’s S4 series phone. And now you want to activate LTE network commonly referred as 4G network as it just came into your area. So, the first question that comes in mind is does Samsung galaxy S4 support 4G LTE? and if yes then how to activate 4G LTE?

The Samsung Galaxy S4’s ability to connect to LTE networks, also known as fourth-generation networks or 4G networks, is one of its most interesting features. One can activate LTE connection if they have the device and the data plan to support it, but it takes a little bit of a workaround. Here is a brief guide on how to activate 4G LTE on a Galaxy S4 in case you weren’t sure how to do it.

Long-Term Evolution (LTE) was defined as a new cellular access network with high spectral efficiency, high peak data rates, short round trip time, and frequency and bandwidth flexibility when it was first introduced in 2008. On December 5, 2010, Verizon launched its 4G LTE network.

At the time of its launch, it was the world’s first large-scale 4G LTE network, covering 38 major metropolitan areas and more than one-third of all Americans. It denotes a changing level of performance as cellular hardware, software, and network technology capabilities — such as speed, latency, battery usage, and cost efficiency — are optimized and improved over time. LTE, as one industry observer put it, “isn’t so much a technology as it is the path taken to achieve 4G speeds.”

LTE means that those purchasing and deploying LTE technology today can deploy a diverse range of devices in an LTE network with confidence that their deployment will be viable for many years to come. This is especially important as older 2G and 3G networks are phased out to allow for more efficient use of spectrum. When comparing LTE to 3G, those with device deployments based on pre-4G networks must migrate to 4G or 5G as soon as possible. If you already have 4G, you’re protected for the rest of your product’s useful life.

There are many carriers with LTE networks in place, but you should always check to see if the service map covers your area and that your SIM card has LTE capabilities. Be aware that LTE networks enable lightning-fast internet browsing and have the capacity to upload and download data at ludicrously high speeds (326 Mbps for download and 86 Mbps for uploading).

Based on the GSM/EDGE and UMTS/HSPA standards, long-term evolution (LTE) is a wireless broadband communication standard for mobile devices and data terminals in the telecommunications industry. It increases the capacity and speed over those standards by using a different radio interface and core network upgrades. For carriers with both CDMA2000 networks and GSM/UMTS, LTE is the path to upgrade. Only multi-band phones can use LTE in all of the supported countries because LTE frequencies and bands vary by country.

LTE technology has provided numerous benefits around the world:

Also read : How to Add Text Box in Google Docs

1.2 Here are a Few Key Facts About How LTE Works at a High Level

The Samsung Galaxy S4 is a fourth-generation Android smartphone produced by Samsung Electronics. It was first shown publicly on March 14, 2013, at Samsung Mobile Unpacked in New York City. It is the successor to the Galaxy S III, which was released in 2012 with a similar design but upgraded hardware, more sensors, and a greater emphasis on software features that take advantage of its hardware capabilities—such as the ability to detect when a finger is hovered over the screen and expanded eye tracking functionality. The first smartphone to support the emerging LTE Advanced mobile network standard was a hardware variant of the S4 (model number GT-i9506).

The Samsung Galaxy S4 smartphone was released in April 2013. The phone has a 5.00-inch touchscreen display with a 1080×1920 pixel resolution, a pixel density of 441 pixels per inch (ppi), and an aspect ratio of 16:9. The Samsung Galaxy S4 is powered by an octa-core and quad core processor with four 1.6GHz cores and four 1.2GHz cores.

The battery on the Galaxy S4 has a capacity of 2,600mAh and runs Android 4.2, which is higher than that of other top smartphones, and it performed well in our preliminary tests, lasting a full day regardless of how demanding we were. This is arguably better than the HTC One’s battery, which is only capable to last until bedtime.

GPS, Mobile High-Definition Link (MHL), Bluetooth v4.00, NFC, Infrared, Wi-Fi 802.11 a/b/g/n/ac, Micro-USB, Wi-Fi Direct, 3G, and 4G are among the connectivity options on the Samsung Galaxy S4. The phone’s sensor accessories include an accelerometer, a proximity sensor, an ambient light sensor, a gyroscope, a barometer, and a compass/ magnetometer.

To use 4G on our network, the customer has to make sure that he/she has the most recent software version for his/her phone. The customer should also ensure that he has 4G coverage in his area.

Examine and update your Android version

In the Settings app, you can find your device’s Android version number, security update level, and Google Play system level. Whenever there is a need to update your device then, you will be notified. You can also check for new updates.

Check to see what Android version you have.

4. How to Enable or Disable 4G LTE

You should also ensure that your phone has 4G enabled. If you decide you don’t want to use 4G right now, you can disable it on your phone.

To enable or disable 4G on your phone, follow these steps:

This refers to the evolution of network technology. The third-generation network, also known as 3G, is the group’s oldest technology. LTE stands for Long Term Evolution and refers to the fourth generation of data networks. The main distinction between them is the network speed.

LTE, also known as 4G LTE, is a 4G technology. It is significantly faster than 3G, but slower than 4G, which had data rates measured in kilobits per second rather than megabits per second at first.

In 2013 announcement of launching the Galaxy S4 mobile was made by Samsung. It was the first ever device with option to connect to 4G LTE. Note that above given method is widely applicable on Verizon and Sprint. If other than these two networks are available in your region, then device will automatically connect to the network.

So, enable LTE on your mobile and enjoy watching your favorite videos or downloading image at high speed.

How to Reply to an Interview Email: With 6 Easy Examples

How to Reply to an Interview Email: With 6 Easy Examples

Why do My Apps keep Crashing on Android: 9 Ways to Avoid it

How to Send Secure Email in Outlook: 2 Best Methods