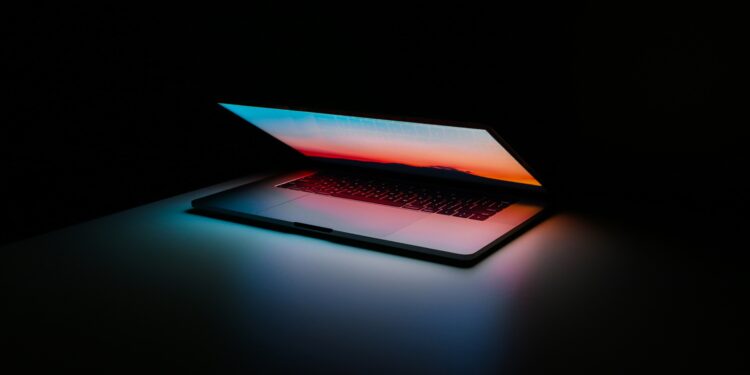 Photo by Ales Nesetril on Unsplash

How to Record on MacBook? 7 Techniques and a Cheat Code

Ever tried recording your screen on a MacBook but it won't record the audio? Keep reading.

MacBooks are Apple’s premium line of ultrabook laptops which are extremely feature-rich and handle everything thrown at them with great ease.

These laptops are packed with features that Windows users dream of having, like AirDrop, iCloud, iMessage, etc. This post will guide users to screen record on MacBook.

A Mac laptop has always struggled with a few tasks, including gaming, lack of ports, and a major problem, a poor experience when you screen record on a MacBook.

As a Mac user, when I had just started using it, recording my Mac’s screen with either internal audio from it or my mic input was frustrating.

It was either my voice or Mac’s, or sometimes, none of us got to speak. Getting shut down by a piece of tech is not a very pleasant experience, so I decided to do something.

Here I present before you my research, so you wouldn’t have to face the same problem or spends hours researching how to record on MacBook.

Apple has a few pre-installed built-in tools that can be used to screen record on MacBook: the Quicktime player app and the screenshot toolbar.

Use the screenshot toolbar in the following ways:

If your macOS uses an older version, chances are that you might not have access to the screenshot toolbar; in that case, you can use Mac’s screen recording and video app called QuickTime player to record on MacBook.

However, as you might have noticed, you cannot simultaneously use these options to capture audio and screen records on MacBook. You need to create a video and an audio file recording separately and then merge them afterwards, which is a burden.

To overcome this problem, you can record on MacBook using third-party options. I will mention some handy third-party apps for making a new screen recording:

ScreenFlow is an extremely feature-rich app with many cool features that can screen record on a MacBook.

It can record video from your Mac’s screen, multiple connected monitors, and your connected iOS device simultaneously.

It can also record audio recordings from various apps while at the same time recording audio from your microphone too.

All the recordings are saved in a single timeline, and this raw footage can easily produce a professional video.

It can also record screen touches (a feature called touch callouts) if you are recording on an iOS device. It has good edit and export options for the finished product.

Comparing any normal screen recording software to ScreenFlow would be like comparing Homelander to Superman; they don’t stand a chance.

The catch is that all good things cost a fortune, and though a free trial is available for ScreenFlow, it costs USD 149.

Camtasia is a full-fledged video recorder + editor developed by Techsmith. Developed in 2002, it has been in the game for a long time. Camtasia provides many video tutorials to get users used to its somewhat complex interface.

When you run the app for the first time, even then, it opens a sample project with a video tutorial.

Camtasia also allows recording your screen from multiple sources and takes audio from both your microphone input and Mac’s screen output.

One of the best features that Camtasia offers is a collection of copyright-free audio and music that you can use in your screen recordings to enhance them.

This app is also quite expensive, USD 249 (with a free trial), but the price is worth its features and good interface.

Techsmith also develops Snagit. It has a rather different approach than Camtasia or ScreenFlow.

Some people do not need very hefty video recording tools and might need to delete videos a little after recording them, like video lectures for college students or basic CCTV surveillance.

Snagit best handles these tasks. It is somewhat less complicated when compared to Camtasia or ScreenFlow and has a simple interface.

It also allows simultaneous screen recording on MacBook while simultaneously recording the webcam feed, though they can’t be done on the same screen and need to be toggled between.

You can also record your microphone input or Mac’s audio output in this video recorder. Past recordings can be viewed or tagged for easier access in the future.

It also has an image editor and allows you to instantly share your video on social media like Slack, Dropbox, Google Drive, etc.

It is a cheaper option, costing USD 62.99 and a free trial, and is best for light video recording that won’t be stored for a very long time.

Being a perfect fit between cost and functionality makes the Movavi screen recorder one of the most popular choices among users.

A relatively simple interface still offers a wide range of functionality, and t good video editor with Movavi Video Editing Plus make it a really powerful software for video editing.

You can capture, and create screencasts quickly, add a time when the screen recording will automatically terminate your system audio and microphone input, or record your webcam feed.

Perhaps, one of the pressing features Movavi offers is the ability to register keystrokes and mouse clicks, similar to what ScreenFlow did on iOS devices by registering touch input.

Despite having all these superb features, neither is Movavi as complicated as its peers nor does it burn a hole in your pocket, costing only USD 50 and an option of a free trial.

Comparing it with Snagit makes it feel like a bigger bang for your buck.

Being a free-to-use web-based service to screen record on MacBook, Apowersoft allows you to record unlimited screen recordings, and no app needs to be downloaded. The parent company has been going on for decades and is a safe service.

Recordings can be paused/played as per convenience, selected portions of the screen can be recorded, and it also allows scheduled recordings.

Recorded videos can be directly uploaded to social media or saved on the read-only memory disk. Microphone audio recording is also possible, along with the screen’s output. Like other apps, it also supports various video formats like MP$, WMV, FLV, AVI, or GIF.

Apowersoft is jacked with features for a free screen recorder, and using it almost feels like cheating with the other paid applications.

Another popular choice for a screen recording app is Loom, which comes as a desktop app and a chrome extension. It lets you capture videos (up to 4k) and webcam simultaneously, just like other options. You can also record audio from your microphone and the content playing.

The unique feature of Loom is that it stores your screen recordings in the Loom cloud, not taking space up on your Mac, and then you can produce a link to your video and share it on social media.

Loom provides tutorials to help you get started and offers good editing features to make the recordings look professional, including a drawing tool and trimming of videos to make them more concise and focused. You can merge multiple Loom video recordings into what they like to call a super Loom.

Another fascinating feature that Loom offers is that people can comment on certain time stamps on your video and use emojis to tell you what they think about it, making the process fun and engaging.

Loom’s free version only allows up to 5 minutes of video recording. However, you can opt for the Pro plan, which costs USD 8/mo, or the Business which costs USD 12/mo, to unlock unlimited time.

BlackHole is a free audio plug-in for macOS users that helps to record internal audio when you want to record the screen on a Mac.

It is mainly used to record audio using the screenshot toolbar or QuickTime Player since these services do not allow recording your Mac’s internal audio, and the recorded videos are usually dead silent.

BlackHole overcomes this problem by accessing the internal audio your Mac screen is playing and adding it to the screen recording you have done using the inbuilt features on a Mac.

The problem with BlackHole is that you cannot record your microphone audio when using BlackHole, it is either your voice or the internal audio that will record on MacBook, but since this feature is completely free and has some other benefits too (I will talk about them later), we can’t complain, can we?

To enable BlackHole on your Mac, follow the steps mentioned in the attached video: a detailed tutorial on enabling and using BlackHole on a Mac.

As you might have noticed, BlackHole created a different audio channel for your internal audit to access the internal audio and add it to your video recording. At the same time, it won’t capture your voice recording; it’s either of the two.

The neat feature of BlackHole is that it can be used to mute video calls when using apps like Google Meet, which do not have an option to mute calls without muting the whole system.

Since BlackHole creates an audio channel for your audio (which you cannot hear if you set it that way), it means that you can direct a specific part of your Mac’s internal audio to BlackHole and listen to the other part (this distinction is possible using GMeet’s inbuilt audio output features). No more distractions to your Netflix binge during boring History classes now.

Honestly, I discovered this feature accidentally while tinkering with BlackHole, and it has been an absolute lifesaver for me.

Honestly, we will all admit that the built-in screen recorders on a Mac are pretty trash unless you are using plug-ins, like BlackHole, with them.

My recommendations are that, if you are in the market for a free screen recording service, the best option would be to either set up BlackHole, which I’ll admit is absolute slavery, or to go with Apowersoft, if you are comfortable with recording screen over a web-based platform (P.S. It is completely safe -> Source: Trust me, bro!).

However, if you are looking for a good application to screen record on MacBook, the best one would be Movavi, as it is an absolute banger providing such wild functionalities at a low cost.

You can also go with ScreenFlow if you have to record screens simultaneously on multiple devices. Choose Camtasia only if you like to play golf, or polo is your go-to sport when you are bored, while Snagit is a good option for students.

Did you like our choice of the best screen recorders for Mac? Click here to learn how to clear disk space on a MacBook. Don’t forget to leave a comment to let us know and share it with your friends who often have to stay quiet just because they are recording their screens or use the different audio-video recording options on QuickTime. Click here to learn how to connect a PS4 controller on an Android.

How to Cast to a Samsung TV - A Complete Guide