The Best 10 Nerf Shotguns Available Around Us

by Sabira Fatimi
in 3D Printers
0 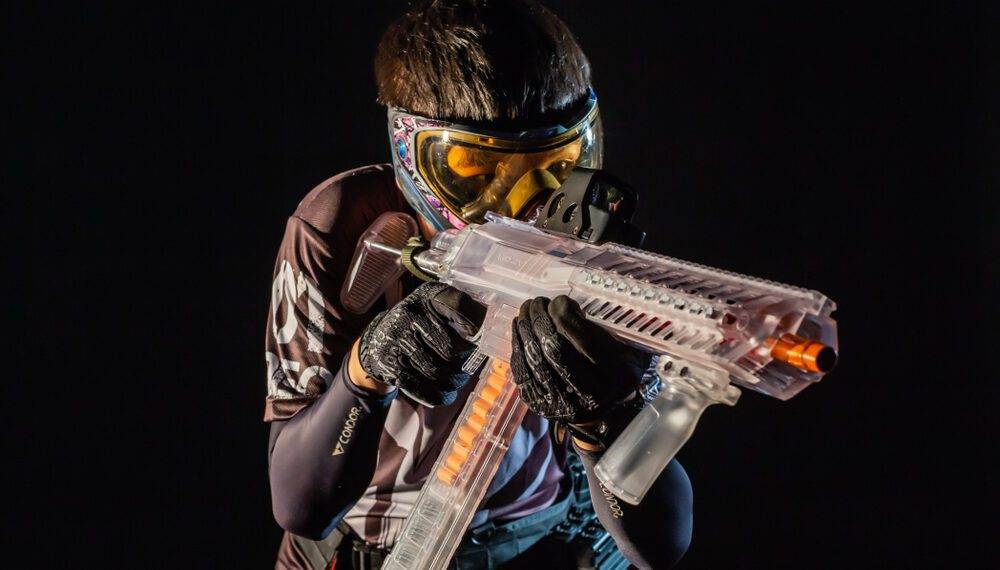 The Hasbro Nerf gun has all the necessary features that an ideal shotgun should have. The design is pretty cool. You can load the darts easily into the above body part of the shotgun. You just need to pull back the priming handle, hold it back, it will open the upper storage portion. You will get 5 shells. Each of them contains 3 darts. It has a capacity of 3 darts at a time.

It has an efficient plunger system that makes the firing of darts smooth. But the dart reloading process is difficult. You have to manually refill the darts after every firing. It is a single-loaded nerf shotgun. It has an efficient AR system and plenty of onboard capacity. It has storage on the backside of the shotgun instead of having a tube magazine on the front. They are easily available online. However, it is more expensive than the other shotguns available in the market.

The Nerf Fortnite TS-1 is a perfect shotgun for the young nerf warriors. This gun is heavily influenced by the video-game series. It has a creative and quirky design style. This gun is heavy in weight. It uses larger mega darts. It is slow to reload. It is good for aiming things easily.

This is one of the most awesome shotguns on the list. If you are looking for a complete Nerf shotgun package, then go for this one. It is very popular among hobbyists. It is also easy to 3d print this Nerf shotgun. It has a combination of different features like Mossberg-style shell loading, realistic shell-chamber storage in the upper tube, and the ejecting of shells. It has powerful shell ejection after every firing shot.

The spinning of shells is very fast. The rapid firing and the massy build-up is the USP of this shotgun. You can 3d print the shells, darts, and rounds for this shotgun also. It is also capable of using multiple types of ammunition which is quite awesome and threatening for the foes.

The 3d printed Spring Thunder Shotgun can lack a smooth finishing. It can be a little bit flimsy. It might be vulnerable because of some filaments. Some of the components that are not printed well might affect the entire efficiency of the gun. If not 3d printed with accuracy, there is a higher probability of damage. The making process is also expensive. You require the proper setup for 3d printing and the vector files for it.

Moreover, the correct choice of the filaments is very important. It takes long hours to print the body parts of the gun into several pieces. So, the exact measurement is crucial. You need to sand it properly and paint it with your favorite colors. However, once you completed the entire process, the assembling of the entire Spring Thunder Shotgun will be easier. You will be going to love your creation for sure!

You can also modify the Liberator Nerf shotgun and enhance its rotational speed as well as firing ability. It is a springer-type blaster. It has an in-built storage of ammunition. It has better shell quality. It has a 10 round magazine internal capacity. It has storage at the bottom.

You can load the ammunition in Mossberg-style. It has very good pump action. Though, it does not have any support to hold the gun. But the gripping texture on the shotgun handle is impressive. It has three different color markers for different squads. They are perfect for kids above 14 years old who love to rock and roll in their backyard and shooting in the Nerf war the whole day.

It is compatible with all Tactical Strike ball blasters & most standard Nerf Rival Blasters. And the best part of this shotgun is that it is very economical. The price justifies the features of this Liberator Nerf shotgun. So, it’s worth giving of a try.

The Nerf Sledgefire Shotgun can be customized that will best suit your cosplay and costume. you can get this awesome rugged and unique shotgun from Etsy. This shotgun is made from pre-used items.

The color combination of metallic black and copper paint is too rustic. It has removed some of the components like air restrictors. It also has an orange safety tip. It has a capacity of four shells at a time.

The Zombie Strike Sledgefire is a spring-powered blaster. You can pull down the front side of the shotgun to load the shells inside it. It shoots 3 darts at one time. The Sledgefire has a very broad firing range. This makes your chances better to hit your opponents.

They do not work without the shells. If you lost it during the Nerf battle, this gun will be of no use then. It becomes hectic to reload the gun by frequently opening the front portion of the breech-loading of the shotgun. It would definitely reduce the firing speed.

It has a moderate performance rate. It can shoot and damage easily. However, due to the massive build of this shotgun, it is difficult to carry. It takes a lot of space. And also, you might not like the tight and cramped grip of this shotgun. It has also a jamming issue. This makes it difficult to shoot sometimes.

This is from the Rival series of the blasters. It shoots rival balls and not the darts. The ammunition is loaded on the upper part of the shotgun. It has a capacity of 12 rival balls. But it shoots only 2 rival balls at one time. So, you have 6 shots in total. Then you have to reload it again. It has very impactful shooting. It is very accurate for shooting the targets.

The gripping of this gun is smooth. So, it is easier to get on your enemies. The storage capacity is also good. You can switch the magazines from one blaster to another for a quick refill of the ammunition. However, the large size of this shotgun might create difficulty for you. It takes more space and is difficult to carry.

It is not that much efficient as the rest of the shotguns mentioned here. It has a pre-elite shotgun mechanism. The ammunition can be filled just like the Sledgefire-style. You need to bend the upper part and feed it with the darts. It can take two darts only at a time.

And when you pull the trigger, it will shoot both darts at the same time. So, you have to refill it after every single shot. Though it lacks the shell capacity, performance, and other superior technology available in the rest of the Nerf shotguns, you can still use this one to feel the archaic era. This shotgun will best suit costumes and cosplays.

The Nerf Rough Cut Shotgun is a front-loader gun. It is a spring-power blaster. It is small in size compared to other nerf shotguns. This one is easy to carry and lift. It has a capacity of 8 darts. It shoots 2 darts at once and has a total of 4 shots at one time.

You can also pull the trigger halfway for shooting one dart if you are not in the mood to lose all your darts immediately. This customized choice of firing is one of the amazing features of this Nerf shotgun. It has a powerful performance because it can shoot pretty hard.

If you are planning to 3d print a shotgun for yourself, then you are going to need this. Etsy is offering an SVG file of the shotgun that you can print after downloading the files. You will get an instant digital download. The vector design is capable of cutting the design parameters with accuracy.

You must not overlook the safety norms while indulging in the Nerf gun battles. Always follow the prescribed safety guidelines. Always wear protective gear before firing the blasters. These Nerf guns are like real guns. They are supposed to spread a violent tendency. So, it is advised to use it for fun only. Do not become too addicted and wild while using them. Spread lots of love, laughter, fun, and care.

Top 5 Types of Handheld Railguns that Will Make You Go Wow!

5 Best Ways On How To Force Quit On Mac

5 Best Ways On How To Force Quit On Mac

The Complete but Concise Guide to Metal Laser Sintering

How to Screenshot on Mac: 3 Easy Ways