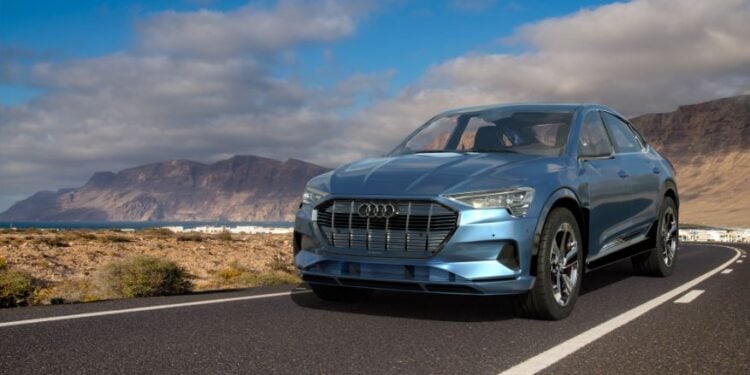 Top Features That Need Your Attention!

Due to the increasing pollution and choking atmosphere, it is high time to switch over to environment-friendly means and cut the increased pollution. How about getting yourself an electric vehicle instead of carbon-emitting cars? Audi has brought you the highly sophisticated electric cars that run on electricity. Moreover, they are luxurious and stylish at the same time. There are other vital reasons also to consider.

Audi electric car has its own exclusive advantages and features. There are various models available to choose from. Here, I will talk about some of the best features of Audi electric cars, their prices, and model specification.

A Brief History Of Audi

Audi is a German-based automotive company under the Volkswagen Group. Its headquarter is located in Bavaria, Germany. Audi is famous for manufacturing luxurious cars. It was founded by August Horch, DKW, and Wanderer as the Auto Union.

Later, Volkswagen acquired the company and relaunched the Audi in 1965. The four rings on the Audi car symbolize the previous four companies that comprised the Auto Union. The slogan of Audi is “Being Ahead through Technology.”

Audi Electric cars are making buzz for their special and awesome features that make them the best from the rest of the crowd. Well, if you have second thoughts in your mind, here are some important features of Audi Electric Cars-

Audi Electric Cars run on batteries and electricity rather than petrol and diesel. Thus, it saves non-renewable resources and helps to reduce air pollution.

Another important feature of Audi Electric Cars is that you do not need to wait for hours to charge the batteries of the engine. It takes less than 30 minutes to completely charge the vehicle.

Another feature that makes Audi electric cars more tempting is the upgraded as well as sophisticated add-ons like huge cabins, automated buttons for several functions, and swanky wheels and seats. It has large cargo space, an android auto as well as a regenerating braking feature. Thus, Audi offers a range of high-level functioning tools in the latest Audi electric cars.

Audi has brought powerful electric motors to boost the speed of the cars and provide smooth functioning for a longer duration. Some of e-Tron GT models offer twin electric motors as well which makes the car really faster than the previous models of Audi.

Well, Audi electric cars are no less in anything that is comparable to the normal cars run on petrol and diesel. Audi has made sure to provide its consumers with a high range of acceleration speed in electric cars as well for a terrific ride.

6.Availability In Various Colors And Designs

Audi has brought a range of new and latest designs of electric vehicles available in different colors and models. You can check out different models and their color availability in the next section with more detailed information.

Audi electric vehicles also have automated functioning buttons and consoles to make your driving task easier. The automatic center console and adaptive cruise control use the latest technology of sensors that are quite active and intelligent. Thus, they make the ride easy and comfortable.

You do not need to worry when the battery drains out or having a low battery on a long trip because it can be recharged again with public dc fast chargers available on highways as well as petrol pumps. Moreover, these chargers are really fast and can charge the battery within a few minutes.

One of the most prominent features of electric vehicles is to save petroleum and cut the emission of carbon. Thus, Audi electric cars help to reduce the burden on non-renewable resources like petrol and help to encourage fuel economy.

Recently, Audi has launched two electric car models- the Audi e-Tron GT and the Audi RS e-Tron GT. These cars are designed as per the classic Gran Turismo (GT) concept. They are the perfect blends of luxurious design and sports car performance. Apart from these cars, there are several other electric car models like Audi e tron sportback and 2022 Audi e tron models available. Here, look at their features, prices, and specifications.

The Audi e-Tron GT is one of the first completely electric sports vehicles presented by Audi. It has a very fast charging capacity. It needs 800 Volt technology with up to 270 kW charging power and takes only 20-22 minutes to charge up to 80 percent. The virtual cock pit is the charm of the car. There is an MMI touch screen display and language control system. The display screen measures 31.24 cm. Audi India is also providing a free AC charger.

The car has a standard charger of 11 kW. The warranty option includes servicing the car for up to five years. The warranty of the battery is of eight years. You can also extend the warranty options as per the norms. The service plan package offers a periodic check-up of brakes, motor, and suspension. Such facilities are also included in the renewal of the warranty period.

The Audi RS e-Tron GT is another fully-electric car model launched along with the Audi e-Tron GT. Just like the Audi e-Tron, it is faster to charge in a short time period. It has a virtual cock pit and an MMI touch display of 25.65 cms. The upgraded aerodynamics and powerful battery have boosted the performance.

It takes only 22.5 minutes to charge the battery up to 80% by fast DC charger. The maximum horsepower is 637 HP and has a terrific speed. The interior is spacious and stylish. Though the seats are leather-free, it does not compromise with the looks.

The Q2L e-Tron is a variant of the SUV Audi Q2. It is also an electric-driven vehicle. The production of the model started in November 2019. The electric car is exclusive to China region. It runs on lithium-ion batteries. The Chinese company, Contemporary Amperex Technology, produces 38 kWh lithium-ion batteries for the Q2L e-Tron. With the fully charged batteries, it can travel up to 165 miles at one go.

The concept of the e-Tron Sportback dates back to 2017. But the production started in 2019 and the deliveries started in European and American markets in 2020. The car is like a coupe and runs on electricity. The car has an EPA range of 351 km. The battery power has a similar strength to the e-Tron SUV. These cars are manufactured in Belgium. You need to liquid-cool the car battery to protect it from overheating.

the e-Tron Sportback model of 2020 is better than the 2019 model version in terms of battery efficiency. The battery management system of the car saves a part of battery power as a buffer. But it has been modified by decreasing the buffer limit of the battery. It helps to use the power to unlock other features.

The Audi Q4 e-tron is the complete package of luxury, comfort, and style. This electric car has an awesome appearance and swanky looks that you cannot ignore. The upgraded features of aerodynamics have made the ride more comfortable. The addition of enhanced display, comfy seats, interior design, and space is adding charm to it. It has five huge and comfy seats.

The battery has a capacity of 82kWh. You can charge the battery from 5% to 80% in just 38 minutes by using DC fast charger. The versatile upgrades in the technology, make the car faster, smarter, and more sophisticated.

The Audi Q4 Sportback e-tron has similar features to the Q4 e-tron model. The Audi electric car has enhanced interior and exterior design. It is equipped with large seats, a spacious cabin, an optimized display, and a faster-charging option.

However, the charging speed can vary due to various reasons like which kind of charger you are using? The battery condition of the car and ambient temperature also affects the charging speed. You should not keep charging the batteries frequently for longer hours because it might damage the battery proficiency.

The Audi Q4 Sportback e-tron is another electric car model offered by Audi. It boasts of superfast charging capabilities like you can charge the battery from 5% to 80% in just 38 minutes by using DC fast charger. The battery has a capacity of 82kWh.

The car is spacious and has five seats. It has the functioning of an SUV but is designed as a four-door coupe. Surely, you cannot ignore the interior and exterior design of the car. It is perfect for a terrific ride.

The Q5 e-tron is another addition to the e-tron series. The MEB platform-based Audi runs on batteries. It is exclusively manufactured for the Chinese market. The battery-electric car model was first presented at the Guangzhou Auto Show in 2021. The mechanism is similar to the Q4 e-tron.

The 2022 Audi A7 TFSI e is a hybrid model where Audi has combined an electric motor with an engine. The combination has enhanced the power performance of the Audi. It has replaced the traditional engine and set up the hybrid model as powerful as the larger engines of the previous models.

It has a hybrid battery capable of 17.9 kWh. The S line exterior elements are present to amplify the stance. The car has virtual cockpit displays and an MMI touch response system inside the chamber.

You can buy a decent audio electric car starting from $36,400 dollars onwards and can range up to $90,000 as per the variations of different models. Audi is releasing price costs on regular basis and also keeps changing the cost. So, you can expect the price range between $36,000- $90,000 as per your pocket and needs allow. For the more latest update, visit their official website.

Audi is manufacturing efficient electric cars increasingly and has announced to come up with the next 12 completely electric e-tron models in the next four years. Though the cars would remain a bit expensive, it would be worth it. It has announced to produce the PPE platform-based Audi A6 e-Tron by the end of 2022. Another electric car, Audi A4-sized EV, is slotted for 2023.

The charging speed can vary due to various reasons like which kind of charger you are using? The battery condition of the car and ambient temperature also affects the charging speed. You should not keep charging the batteries frequently for longer hours because it might damage the battery proficiency.

It is important to note that there might be differences between the given mileage and speed. Such variations can occur due to climatic changes, driving patterns, battery life, car’s durability, and charging capabilities. So, it is better to go through the official manual and always abide by the traffic rules.

How To Add Music To Powerpoint: 3 Best Methods

How To Work For Google: 3 Simple Steps

How To Work For Google: 3 Simple Steps

What Is Carvana Car Vending Machine