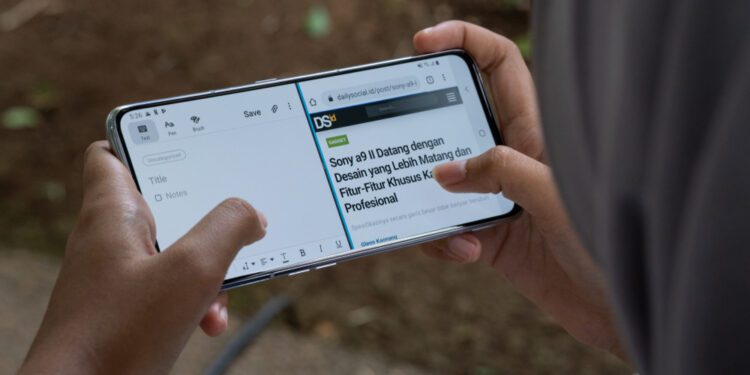 How to Split Screen on Android: Best 101 Tech Guide

If you are an Android user using Android 7 or later versions and want to use split-screen mode, you are in the right place. Today we are here to show you how to split screen on android phones.

It is a mobile operating system specially designed for touch screen devices like smartphones and tablets based on a modified Linux Kernel version.

Android phones have one of the top class features, which include:

Talking the hardware platform of android, it is developed by the ARM x86 and x86-64 architectures.

Some research has proved that multitasking affects productivity and brain health differently.

However, it would be best if you kept in mind a few things before reading this article:

How to Split Screen on Android 7 to 9?

Steps to Split Screen on Android:

Follow these steps to split-screen in modern Android versions.

1. Enter the Overview screen. How to do it? There are two ways you to do it. You can swipe your finger to the center of the screen from the bottom if you use gesture navigation

2. Simply tap on the “three vertical lines” in the bottom left corner near the home button known as the “Overview” button in the button-based navigation.

3. After finding the first app you want to place at the top of your split-screen view, long-press the app icon in the recent apps screen, which will lead you to a menu that has four options, “App info”, “Open in a split-screen view”, “Open in pop-up view”, and “Lock this app”. Click on the second option.

4. Select the second app, which appears right beneath the top screen, to witness two apps in split-screen form.

5. If you tap on the three horizontal dots in the center of the black bar that splits the screen, you will see two options. The first one is to switch the apps on the screen simultaneously and the second one is to save the app pair for future use.

To get more comfortable with this split-screen option, we can also switch to landscape mode on Android smartphones.

As said earlier, some Android devices have different home screen skins, so maybe the layout of the steps might change, but the overall process stays the same. For example, when we talk about Xiaomi phones, you can see an option to use split-screen mode right after entering the recent apps menu at the top-left corner of the window.

How to exit Split-Screen Mode?

Now that you have finished your productive work on your android device using multi-window mode and want to enjoy the whole screen. We have two ways to approach the solution:

If you temporarily want to hide both the apps and swipe to another page, press the Home screen button on the navigation menu on your device, which will push the apps to the top of the device screen.

Another way to witness two apps on the same screen

There is another way of multi-tasking if you use Android and later versions. That is to open the app in the pop-up view.

1. After finding the app you want to view in pop-up screen mode, long-press the app icon in the recent apps screen, which will lead you to a menu that has four options. Click on the second option, “Open in the pop-up view.”

2. You can either shrink the app to the app icon, which places itself in the top-right corner or drag the screen to wherever you want in the device screen by pressing on the small blue line that appears on top of the pop-up view.

3. To exit the pop-up view of an app to use other apps is also simple. Tap on the small blue line that appears on top of the pop-up view, then press on the “X” button, which will be placed rightmost.

How to use more than two apps in split-screen mode?

Suppose you want to view three apps on the same display. You need to use split-screen and pop-up screen modes at once. It’s a straightforward process, and no third-party applications are required to achieve this. Please follow the given steps:

Why use split-screen mode?

Split-screen is helpful when you want to do more than one work at a time but it can be a disadvantage for the battery life of the Android.

I hope you got the information that compelled you to click this link.

Also read, How to Lock Apps on Android

How to Play Music in Discord: 5 Best Methods

How To Add Music To Powerpoint: 3 Best Methods